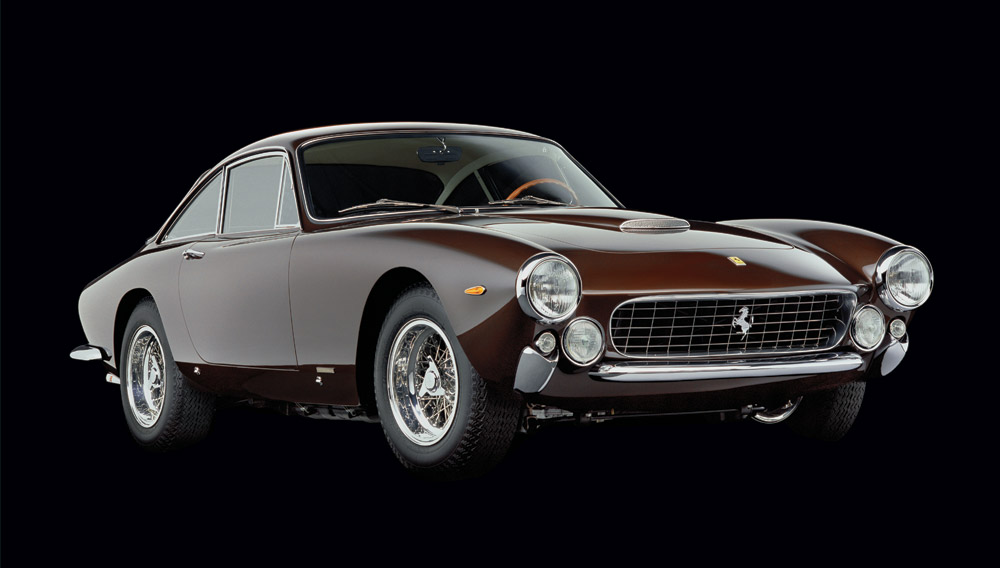 In the spring of 2006, Mark Osborne, the head of Bonhams’ motoring department, stepped inside the Lake Havasu City, Ariz., home of Barbara Minty to appraise a few pieces of motorcycling memorabilia that had belonged to her late husband, Steve McQueen. In particular, Osborne was eager to see McQueen’s Belstaff motorcycle jacket, which the actor had famously worn while riding many of his bikes. Osborne assumed that there would also be a few other items of interest, but nothing prepared him for what he found, including motorcycles suspended from the kitchen ceiling and smaller mementos, like the Persol sunglasses McQueen wore in The Thomas Crown Affair, tucked into dresser drawers.

Until then, Minty had not considered the items particularly valuable or imagined that there was a strong collector’s market for them. “The things that Steve had, they were just my things,” Minty says. “I never even thought about them.” In fact, it was only after Osborne shared his lifelong admiration of McQueen and his films that Minty decided to show him personal items like the sunglasses. Once he took stock of his surroundings and gathered himself, Osborne explained that the house contained the makings of a single-owner sale, perhaps a blockbuster. Minty, he remembers, was skeptical. “She looked at me with a blank expression on her face,” Osborne says. “She must have thought that I was quite mad.” Indeed, Minty says, “I was surprised.”

In truth, the motoring specialist was relying on his instincts more than any concrete evidence. Osborne, who was born and raised in Britain, grew up watching movies like Bullitt and was fascinated by the actor’s cool persona. “I was brought up on a diet of those gritty movies of the late ’60s and early ’70s,” he says. “We’d watch The Great Escape every Christmas; it was like putting the tinsel on the tree. But outside of blokes like me, I really had no idea that there would be people from such varied walks of life and social strata that felt the same that I did—that this guy was something very special.”

Osborne eventually persuaded Minty—and his superiors at the auction house—that a McQueen sale would be successful. On November 11, 2006, inside the Petersen Automotive Museum in Los Angeles, Osborne oversaw the auction of 216 lots of McQueen memorabilia. Using conservative estimates, he had predicted that Minty’s consigned cars, motorcycles, clothing, and other collectibles would gather about $166,000. But when the hammer fell for the final time that day, those items had commanded more than $1 million. McQueen’s 1934 Indian Sport Scout? Sold, for $177,500. His 1920 Indian Powerplus “Daytona” motorcycle? Sold, for $150,000. Even the actor’s 1958 GMC pickup (“Steve never let me drive it—he was so particular about that truck!” Minty says) commanded a hefty $128,000. But the biggest surprise was the sale of those Persols from 1968’s The Thomas Crown Affair: They went for $70,200—the same price as the 1967 Rolls-Royce Silver Shadow that also appeared in the film.

Since the Petersen museum sale, the value of McQueen-related items has only increased. During a Bonhams auction in Las Vegas this year, two of McQueen’s prewar Indian Chief motorcycles sold for significant sums, including a 1923 Big Chief with a Princess sidecar (restored in 1969 by Von Dutch) for $126,000. In August, RM Auctions expects to fetch more than $1 million for a 1967 Ferrari 275 GTB/4 that was once owned by the actor. Despite the fact that McQueen died in 1980, at the age of 50, the demand for the cars, bikes, and most anything else that he once owned is as strong as ever, though blue-chip pieces of McQueen memorabilia are proving harder and harder to find. There are innumerable reasons, many of them intangible, behind the actor’s unwavering appeal, but one thing is clear: Whatever Steve McQueen touched seems to turn to gold.

On-screen in the 1960s and ’70s, Steve McQueen personified cool—though some will say this was true of his entire life. This is a man who once declared, “I live for myself and I answer to nobody.” McQueen made a living playing hardened characters, and he used his exposure in the 1958–1961 television series Wanted: Dead or Alive as a springboard to roles in feature films such as The Great Escape, The Cincinnati Kid, The Thomas Crown Affair, Bullitt, and Le Mans. He also lived a daring life off the set, which only made his fans more fervent. “His attitude and swagger and all of those things, it just creates a cool factor,” says Corky Coker, the CEO of Coker Tire Co., a tire maker for the collector car market. “It’s because of the choices that he and his agents made for the movies that he was in, and his acting style, and how he led his life; he was just a cool dude.”

With a passion for motorsports, McQueen embraced roles and projects that brought high-performance machines into the spotlight. Asked about his profession and his passion and how they intertwined, the actor once said, “I’m not sure whether I’m an actor who races or a racer who acts.” Says Osborne, “He made these fantastic movies, he was always with beautiful women, and he was into motorbikes and racing cars. There’s absolutely no film star, past or present, that commands that adulation and that worship that McQueen does.”

In 2011, Alain Squindo, vice president of RM Auctions, oversaw the record-setting sale in Monterey, Calif., of McQueen’s 1970 Porsche 911S, which he also drove in the movie Le Mans. While he speaks fondly of the car—which drew a winning bid of nearly $1.4 million—he acknowledges that it was the McQueen allure that produced the sale’s headline-making price tag. “On its own merit, that car would have comfortably been one of the most expensive 911Ss sold,” he says, “but the McQueen connection blew it through the roof.”

“The auction business that we’re in is very much tied to boyhood dreams,” Squindo continues. “Being able to imagine yourself behind the wheel of a car that’s connected to your boyhood heroes—and McQueen is the king of cool—it means a lot.”

McQueen’s legacy seems impervious to the passage of time. Part of the reason, Squindo says, is the actor’s 1971 cinematic ode to the most famous of all motorsport events: Le Mans. It remains one of the two most revered movies about car racing, he says, along with the 1966 film Grand Prix. “Those movies are still the gold standard for car culture,” he explains, “and if McQueen is tied to one as intimately as he is, then darn it, he’s our hero.”

McQueen also remains a compelling figure because he died relatively young. “He died too soon,” Coker says. “That creates a mystique. . . . He got in cars and raced, and so did [Paul] Newman, but Newman lived to be 80-something. If Steve McQueen was still alive today he’d still have the cool factor, but I doubt that these cars would be bringing this amount of money.”

Morry Barmak, the owner of Collector Studio, a motorsports memorabilia gallery in Toronto, knows all too well (and with some regret) the value of McQueen-related artifacts. Barmak spent 10 years chasing down the racing suit McQueen wore in Le Mans. Not long after he acquired it in 2010, Barmak sold the suit to one of his clients for about $160,000—and then learned that the client intended to flip it. Barmak believed the suit would appeal only to car enthusiasts, but his client suspected there was a wider pool of potential buyers. The suit was consigned to a Profiles in History auction, where it commanded $984,000. “That showed me the power of McQueen,” says Barmak, who now gets requests for McQueen-related collectibles almost every week.

“He’s an American actor, but I get a lot of requests from European clients,” Barmak says. “Typically, Europeans stay within their own parameters. They have their own icons and actors and movie stars, but McQueen transcended cultural barriers.”

No one would know that better than Osborne, the Bonhams car specialist who spent a boyhood in Britain idolizing the star. “When important pieces of McQueen property come up for sale, the interest that we get is global—billionaire tech guys, Middle Eastern sheikhs, British aristocracy, and everybody in between,” he says. “People respond to him like they respond to no other. He’s a man for everybody.”

There may be just one person—one of the people who knew McQueen best—who remains mystified by his limitless star power. “I am amazed that his stuff still sells, because I knew the guy as a guy, not as a movie star,” Minty says. “He was just a normal guy to me, so this always amazes me.”