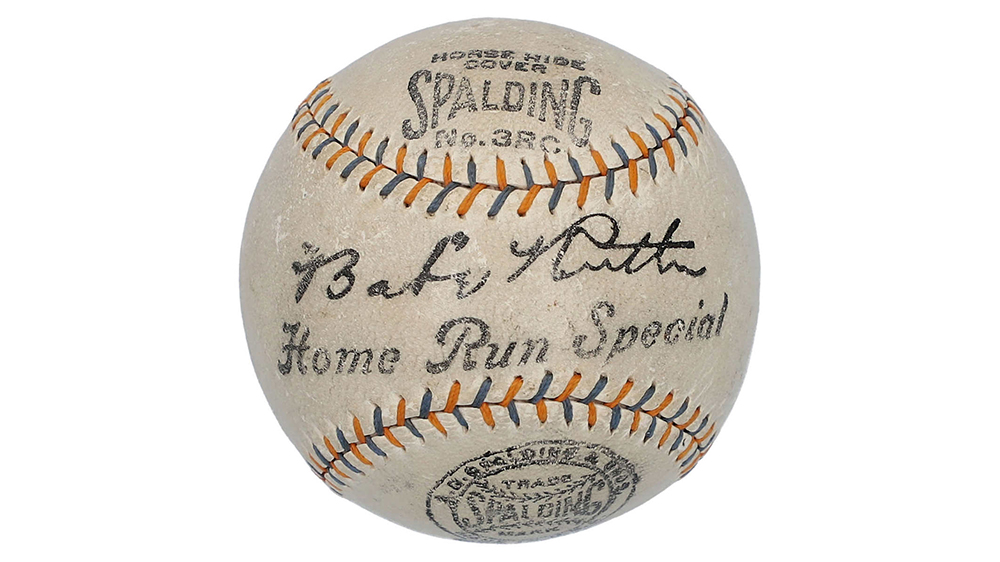 Costco is quite possibly the last place one would expect to pick up a coveted collector’s item, but the billion-dollar purveyor of bulk goods is taking a swing at selling rare sports memorabilia. Case in point: A baseball autographed by the late, great Babe Ruth just listed on the store’s website for $64,000.

The rarity in question is one of Spalding’s “Home Run Special” baseballs marked by the Sultan of Swat himself. These balls were available in limited quantities in the 1920s and are especially sought-after by fans. Costco claims it is one of the nicest such examples in existence and is offering it with a full letter of authenticity right alongside everyday essentials, like toilet paper and detergent.

In the past, the Great Bambino’s vintage garb and gear has comfortably secured six figures at auction. In fact, a New York Yankees jersey worn by the slugger still holds the record for the most expensive piece of sports memorabilia ever sold, achieving a gobsmacking $5.64 million at auction. This makes Costco’s listing look like quite the bargain.

The baseball was signed by the Sultan of Swat himself.  Costco Wholesale Corp.

Babe’s ball isn’t the only collectible Costco has on offer, either. Under the “Sports Memorabilia” section, there are currently some 29 items listed. The star among them is Ty Cobb autographed bat, which features the inscription: “With Best Wishes Sincerely—3/14/49.” It’s priced at $160,000 and is one of the most expensive items on the site, along with a bonkers $365,000 engagement ring.

Costco’s pivot into the sports memorabilia market is an intriguing play—and quite possibly a smart one. The booming industry has grown exponentially over the past decade. Experts attribute this to the wealth of baby boomers, the entrance of millennials into the market and a growing interest from foreigners, according to the Wall Street Journal. Of all the sports, the market is generally strongest for baseball items, so it may be worth adding a few pieces of memorabilia to your cart next time you need dog food or diapers.

The Babe Ruth baseball will be available for purchase at Costco until January 15.