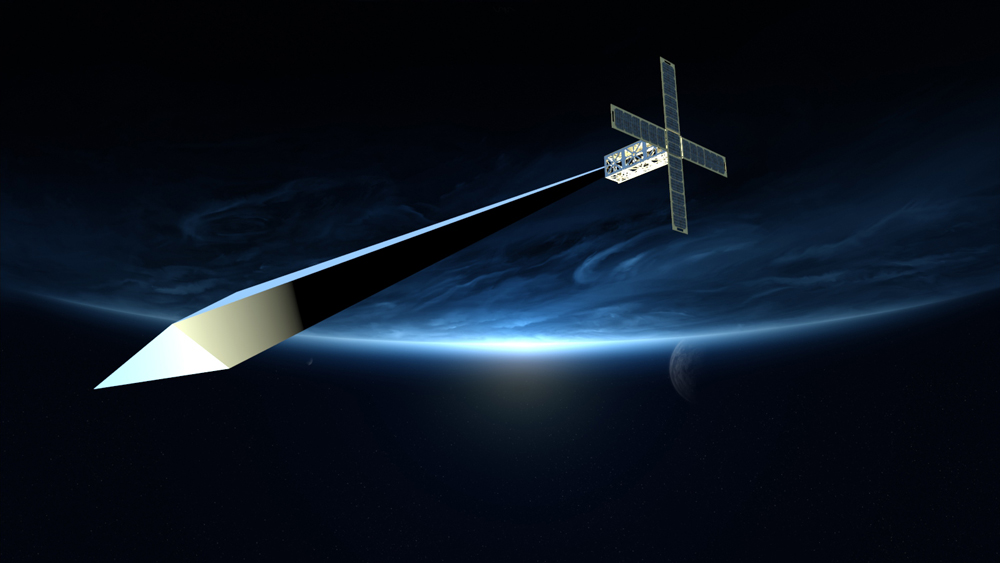 Photo: Courtesy of Trevor Paglen and Nevada Museum of Art

There is no doubt that artists have long looked to the heavens for inspiration in their works—just think of Van Gogh’s Starry Night and Giotto di Bondoni’s Adoration of the Magi, for a couple of obvious examples. Now, one artist will be using the heavens as his canvas—quite literally—if all goes according to plan with Saturday’s launch of Orbital Reflector from Vandenberg Air Force Base in California. A previously scheduled launch on November 19 was scrapped due to technical reasons; a second, slated for November 28, was cancelled due to excessive high-altitude winds in the forecast.

The novel work is brainchild of multi-media artist Trevor Paglen, who is having quite the moment with a major mid-career retrospective, Sites Unseen, now on view at the Smithsonian American Art Museum in Washington D.C. Yet, this particular project has not been without its critics. Members of the astronomical and aerospace communities object to a satellite being launched on purely aesthetic grounds, given the hazards posed by the more than 5,000 tons of man-made space junk that is already out there (which at last count totaled more than 17,500 trackable objects, not to mention the millions and millions of bits of debris). As Paglen has pointed out, however, Orbital Reflector is intended to self-destruct rather than linger around in space awaiting a costly collision with important instrumentation.

For its transport into space, the 100-foot-long diamond shaped balloon, made of a lightweight material similar to Mylar, has been neatly tucked inside a small box-like structure known as a CubeSat, which will be carried into low Earth orbit by one of Elon Musk’s SpaceX Falcon 9 rockets, scheduled for takeoff on Saturday. Upon reaching the appointed altitude of 350 miles, the satellite-borne sculpture will be released from its housing and inflate. Its mirror-like finish is designed to reflect sunlight so that the sculpture will be visible with the naked eye for several weeks as it slowly circles the globe in a decaying orbit before burning up upon re-entry into Earth’s atmosphere.

Paglen teamed up with aerospace company Global Western to design and create Orbital Reflector, a project he conceived in 2015. In October 2017, the multi-year, $1.3-million project was adopted as an artist commission by the Nevada Museum of Art, which has an early prototype of the work.

For those desiring an up close and personal experience, the museum is hosting a launch party on December 15. In addition to a meet and greet with the artists and engineers who made the project a reality, guests will be treated to a screening of The Making of Orbital Reflector, live performances of the newly commissioned work Orbital Spheres from the Reno Philharmonic, and will be offered a chance to glimpse the work using state-of-the-art telescopes courtesy of the Fleischmann Planetarium.