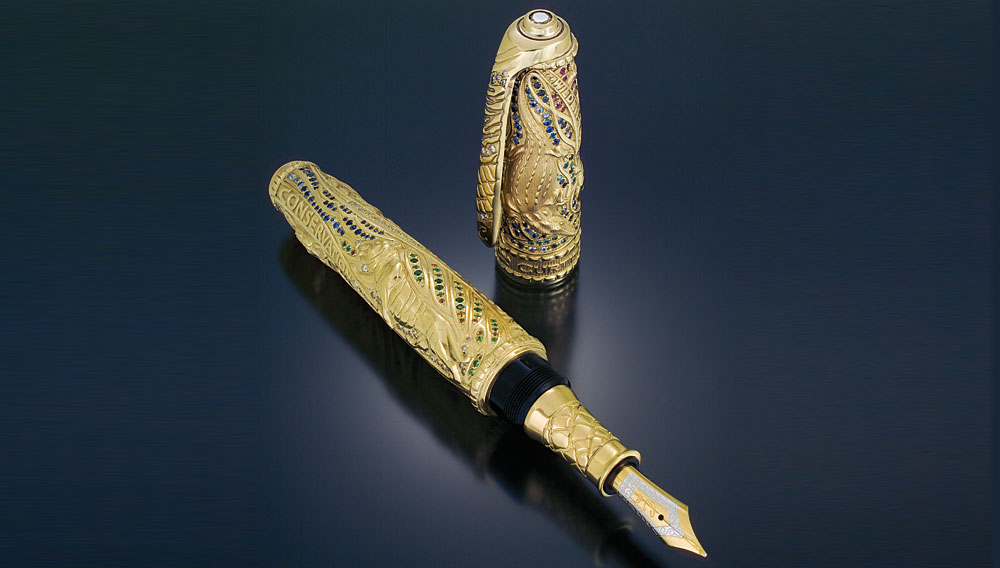 The 450-plus gemstones on the barrel of the Curtis Australia Wildlife Warriors Gold Warrior fountain pen (+61.3.5152.1089, www.curtisaustralia.com) form a landscape for various animals depicted in solid-gold relief. The crocodile, koala, kangaroo, tiger, and elephant—some of them indigenous Australian creatures, some of them animals the wildlife-protection organization Wildlife Warriors works to save overseas—appear against sapphire rivers, emerald leaves, and champagne-diamond branches. A half-carat champagne diamond adorns the cap’s crown. Curtis Australia produced only six of the gem-encrusted gold pens (as well as a higher volume of a less elaborate sterling-silver version) at its studio in Victoria, and priced each at roughly $79,000. The company donated one of the pens to Wildlife Warriors, which was founded by the late Steve Irwin (a.k.a. “The Crocodile Hunter”) and his wife, Terri. That pen sold at auction last year in New York, with the proceeds going to Wildlife Warriors. As of March, two of the gold pens remained unsold.