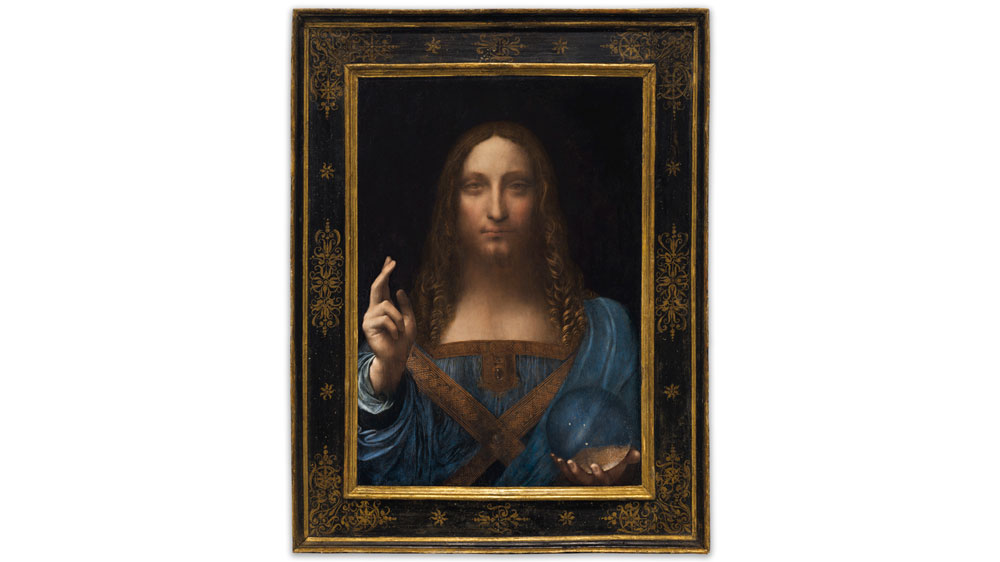 More than a year and a half after Leonard da Vinci’s Salvator Mundi became the most expensive artwork to ever sell at auction, the painting is still making headlines. Only now it’s because no one seems to know exactly where the mysterious piece of art is.

While some art-world insiders believe that the 500-year-old painting of Jesus—which sold for an astonishing $450.3 million, with fees, at Christie’s New York in November 2017—is sitting in secretive tax-free storage in Switzerland, a new theory is starting to gain traction. Last week, Artnet News published an opinion piece by art dealer Kenny Schachter in which he posited that the last-known privately held Leonardo is actually onboard the Serene, the superyacht belonging to Saudi Arabia’s Crown Prince Mohammad bin Salman.

Although the winning bid for Salvator Mundi was placed by Saudi prince Badr bin Abdullah bin Mohammed bin Farhan al-Saud, a friend and ally of bin Salman, it’s long been believed that he was acting on behalf of the crown prince, reports CNN Style. Despite an official denial from the Saudi embassy in late 2017, saying that Prince Badr had acted as an intermediary for the Abu Dhabi Department of Culture and Tourism instead, bin Salman has never released a statement himself confirming or denying his role in the purchase.

The painting was supposed to go on display at the Louvre Abu Dhabi last year, but it never did, something some attribute to the museum crediting Salvator Mundi to “the workshop of Leonardo da Vinci,” rather than to the artist himself. But citing “two principals involved in the transaction,” Schacter says the painting is actually onboard the 439-foot Serene, where it will reportedly remain until the crown prince can complete a new cultural hub in Al-Ula. As for where that places the painting today, Bloomberg reports the boat was most recently spotted in the Red Sea off Sharm el-Sheikh, an Egyptian resort town on the Sinai Peninsula, in late May.

Displaying the world’s most expensive painting onboard a boat—superyacht or not—may seem unlikely, but it’s not without precedent. Bloomberg points out that the ultra-wealthy have long decorated their yachts with priceless artwork. London-born billionaire Joe Lewis, for example, has Francis Bacon’s “Triptych 1974 – 1977″ (worth an estimated $70 million), on his 321-foot superyacht, the Aviva.

If Schachter is correct, and the painting is onboard the Serene, there’s still plenty of mystery surrounding the Salvator Mundi itself. Dismissed as a copy as recently as the 1950s, when it sold for a measly $57, there’s still confusion about whether or not Leonardo is responsible for the painting, even among the group of experts who first attributed the work to him in 2008. The Louvre’s credit certainly seems to signal the museum’s view that there’s room for discussion. Meanwhile, Metropolitan Museum of Art curator Carmen Bambach, one of the scholars who examined the painting in 2008, is expected to credit one of his assistants, Giovanni Antonio Boltraffio, in an upcoming book.