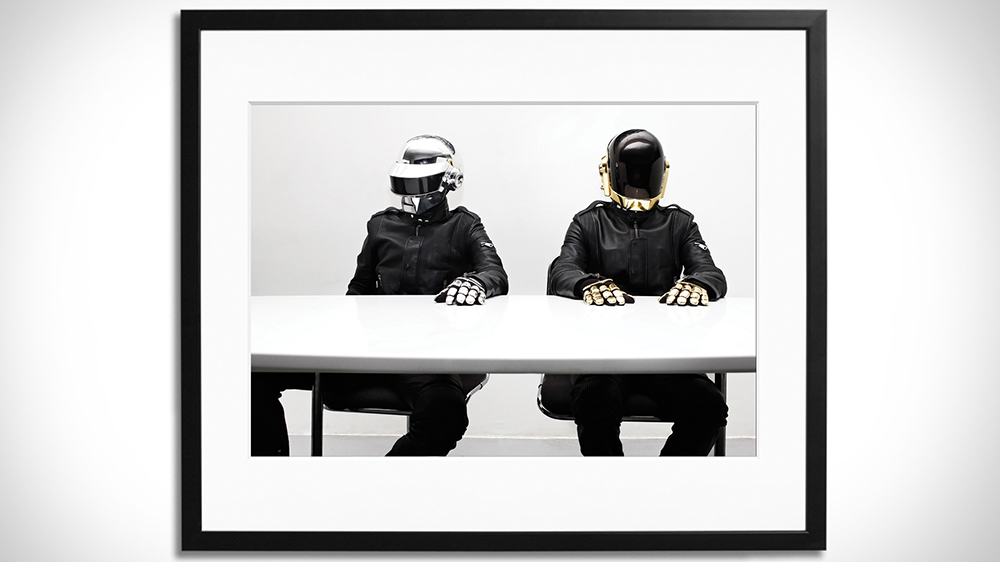 After 28 years of churning out some of the most infectious dance music of all time, Daft Punk called it quits on Monday.

Fortunately for fans of the famously robot-clad French duo, its discography—which includes four studio albums, two live records and a soundtrack—is unlikely to fall out of heavy rotation anytime soon. But if you find yourself needing a more visional reminder, Uncrate Supply has you covered, with a limited-edition framed print of the group at the height of its power.

The stark, full-color snapshot depicts Guy-Manuel de Homem-Christo and Thomas Bangalter in their signature outfits days before the release of their second live album, Alive 2007. Despite the science fiction stylings of their music and visual aesthetic, the photo captures the two in a rare mundane moment, catching a breather between promotional events. Bangalter can be seen looking off camera forlornly in his chrome visor, while the gold-clad Homem-Christo stares dead ahead at the photographer. It’s not necessarily the setting you expect to see the pair in, but the shot highlights just how unique they and their brand of disco-inspired house music really was.

The photo comes in two sizes, medium (20″ by 16″) or large (24″ by 20″), and is printed to order on Fuji crystal archive paper. The print is limited to just 495 examples and each comes numbered and encased in a black or white solid wood frame. The medium size print costs $249, while the large costs $349, and both can be ordered now through the Uncrate Supply website.

Daft Punk formed in Paris in 1993, when Homem-Christo and Bangalter were still teenagers. By the middle of the decade, the group had achieved worldwide stardom thanks to a series of anthemic dance cuts that could get even the grouchiest music snob tapping their feet. All their releases are worth a listen, but especially 1997’s Homework and 2001’s Discovery, both of which are considered classics of the genre. Just as memorable are the duo’s bold music videos, any of which will have you wishing the group eventually backtracks on yesterday’s announcement and gets back together at least one more time. Let the reunion campaign begin!