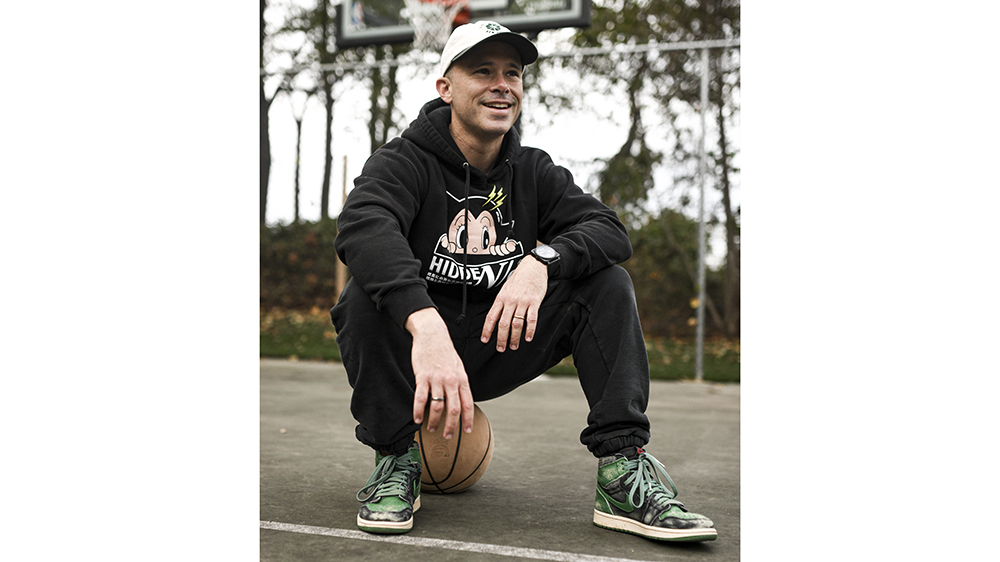 While pro athletes are increasingly splashing out on contemporary art, one well-regarded artist is giving sports a shot—or at least trying to elevate his team’s aesthetic game. Daniel Arsham, best known for works that imagine everyday objects as they’d be viewed by a future archaeologist, has joined the Cleveland Cavaliers as the team’s creative director, an unprecedented move for a fine artist and the NBA both.

Arsham, who was born in the city and has rooted for the Cavs since he was a kid, tells Robb Report he’s casting his eye on all things visual: not only obvious branding opportunities such as jerseys, the logo and the court’s paint job but also the lighting, the social-media content and even the design of the arena’s retail shop. “I don’t think they realized how serious I was going to be about this,” he says with a laugh.

The gig came about after the team’s chairman, Dan Gilbert, enlisted Arsham and several others to create site-specific pieces for the Cavs’ arena, Rocket Mortgage FieldHouse, in 2019. (Full disclosure: Gilbert is a minority partner in Robb Report.) Sports have long appeared in Arsham’s work—he sees them as a universal reference point in art history, akin to war or religion—and his striking installation in Cleveland, Moving Basketball, features a real basketball wedged into a stark white wall, which ripples in its wake. “It looks like the basketball hit the wall with so much power it’s dragging the wall with it,” he says.

Over the past six months, Arsham has taken four road trips to Ohio from his home in New York and designed new uniforms for the next two seasons. For inspiration, he dived into the Cavs’ archives, pulling out every jersey since the team’s inception in 1970. “I’m partial to graphics from the ’80s and ’90s, partly because that’s when I was growing up,” he says. In conjunction with the NBA, he has also created the logo for the 2022 All-Star Game, which will be played in Cleveland.

Arsham is no novice at collaborating. He’s done projects with Porsche, Dior, Adidas and Pharrell Williams, to name a few, and cofounded the design studio Snarkitecture, which is responsible for Kith’s ultra-cool stores. But this time, he took a cue from actors who opt for “points” on their movies’ profits as part of their compensation, and became a minority partner in the Cavs. “It’s not a year,” Arsham says of his commitment. “It could be a lifetime project.”