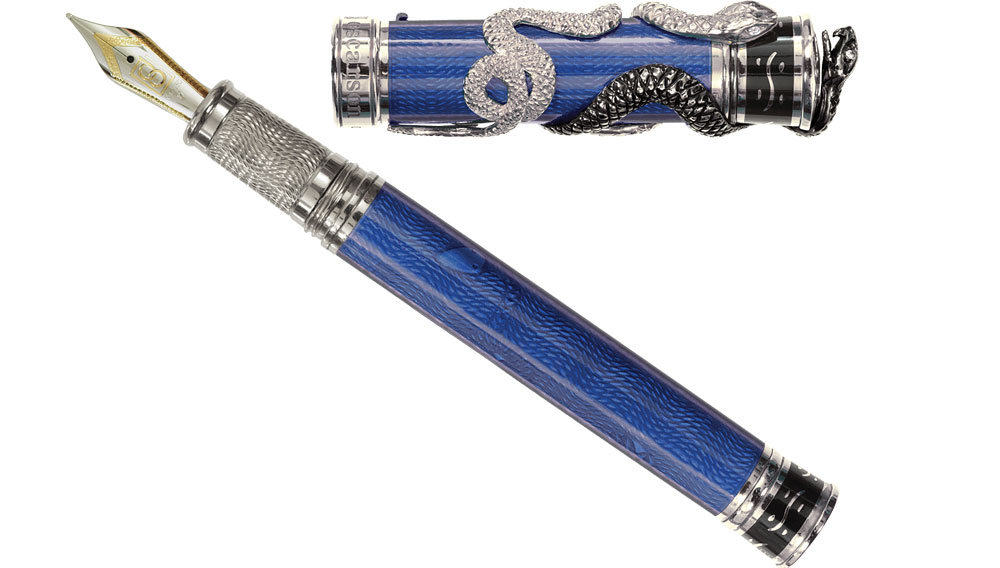 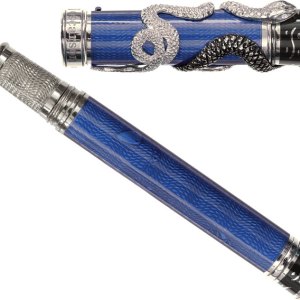 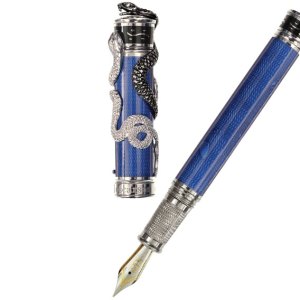 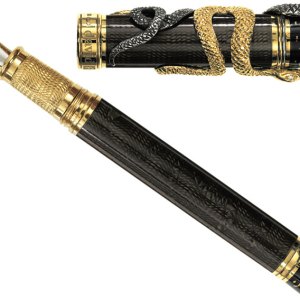 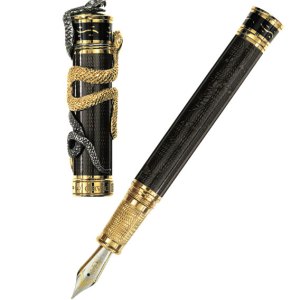 Following the release of 2012’s Black Water Dragon pen, David Oscarson has produced another writing instrument inspired by Chinese astrology. The Black Water Snake pen, which Oscarson introduced late last year, is the 20th limited-edition release from the St. Louis artisan and his second to incorporate an overlay—in this case a pair of diamond-eyed snakes slithering up the cap. The top of the cap is inlaid with black enamel in the shape of the Chinese character for “snake,” while the pen’s barrel is decorated with Oscarson’s signature guilloche engraving, with the image of a pair of snakes hidden among the pattern. The sterling-silver fountain pen is available in three different color schemes and priced at $5,600. (The roller-ball version is $5,400.) Oscarson will create only 88 examples in each color variant of the Black Water Snake pen, which will hold even greater meaning toward the end of this century. Because each year in the Chinese calendar is assigned not just an animal but also one of five elements, it is on a 60-year cycle; the year of the black water snake, which comes to a close on January 31, will not occur again until 2073. (www.davidoscarson.com)