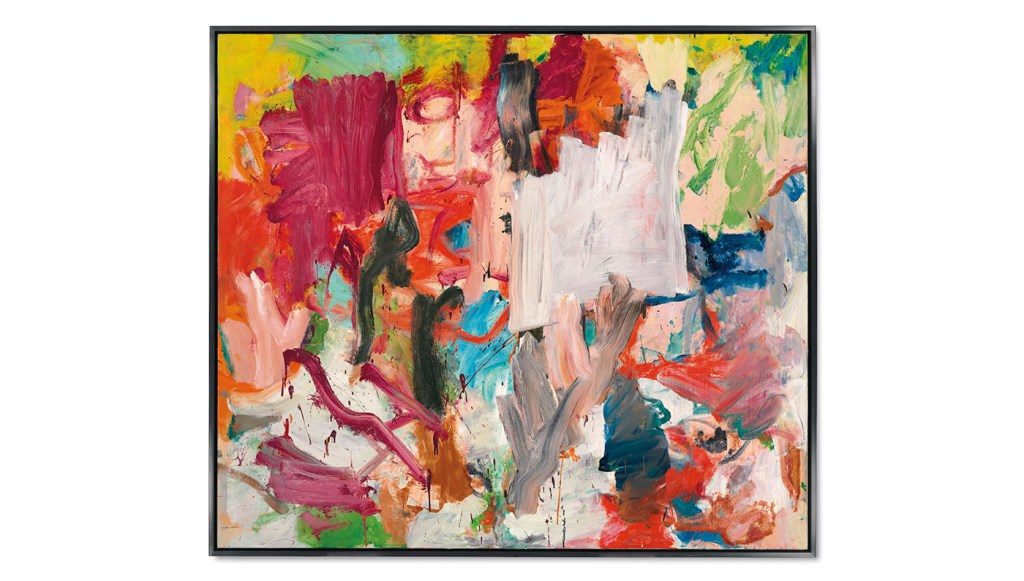 Abstract expressionism will be a clear winner when Willem de Kooning’s Untitled XXV highlights Christie’s Evening Sale of Post-War and Contemporary Art on November 15 in New York City. The event will mark 10 years to the day when Christie’s sold the same masterpiece for $27,120,000—an auction record, at the time, for any artwork created after World War II.

Arriving in the United States from the Netherlands (as a ship stowaway) in 1926, de Kooning became part of the New York School of artists, a group most active in the 1950s and ’60s. The cadre of creatives were identified by their surrealist style and highly interpretive oeuvres, as also evidenced by the works of Jackson Pollock, Betty Parsons, and Mark Rothko, among others.

By the time de Kooning painted this multi-hued hallmark in 1977, he was living in Long Island, N.Y., during one of the most prolific periods of his career. Along with his muse (socialite Emilie Kilgore) with whom he was having an affair, de Kooning’s inspiration would often come from the island’s bucolic Louse Point. The location’s aquatic environment and the play of light on its fluid landscape provided the brilliant catalyst for his work with oils on canvas. The example soon to cross the block reflects de Kooning’s approach of alternately scraping over previous brushstrokes and applying layers to enhance textural complexity. Like lightning in a bottle, the result is a seminal study in constrained dynamism.

In preview of the sale, Untitled XXV has been on display at Christie’s King Street Galleries in London since September 30. And while the painting is expected to garner somewhere close to $40 million, the current record for postwar work is held by Francis Bacon’s Three Studies of Lucian Freud, which fetched $142.4 million through the auction house in 2013. (christies.com)