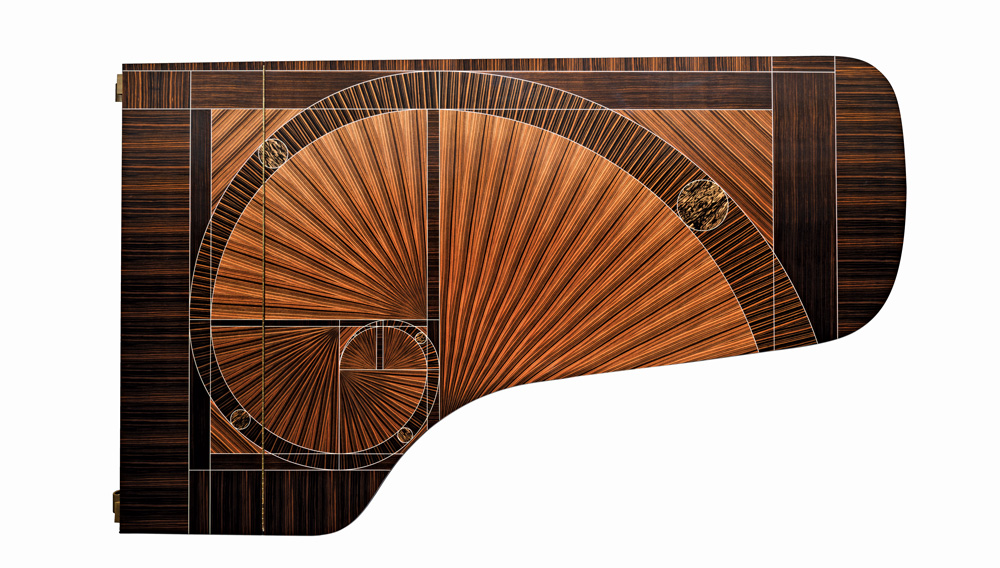 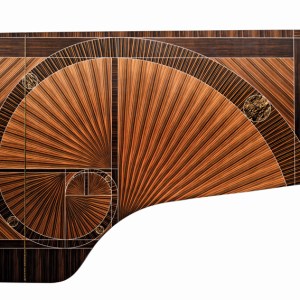 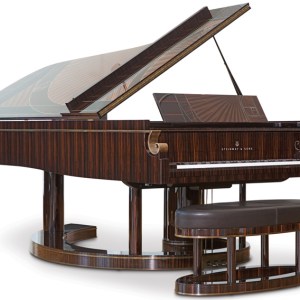 Over the past 15 or so years, Frank Pollaro—a New Jersey–based furniture designer known for his intricate wood inlays and marquetry work—has amassed what he believes is the world’s largest collection of Macassar ebony, a rare, ornately streaked, and naturally lustrous wood that ranges in color from medium brown to jet black. To create the veneer for this 9-foot-long grand piano, the 600,000th offering from Steinway & Sons, Pollaro used six logs from his collection of more than 500, choosing them for their especially rich color and straight grains. “I love the formality of ebony,” says Pollaro, who laid the veneer with synthetic ivory to evoke French designer Émile-Jacques Ruhlmann’s art deco work from the 1920s. “I want the piano to become more interesting the closer you get to it,” he says, “so you can’t stop until you are right on top of it.” Dubbed the Fibonacci in reference to the spiral design that graces the top board and music rack, the piano is priced at $2.4 million. It joins Steinway & Sons’ line of milestone pianos. The 100,000th was presented to Theodore Roosevelt during his presidency and is now part of the Smithsonian’s permanent collection. The 300,000th was given to Franklin Delano Roosevelt and remains in the East Room of the White House. “[The Fibonacci] is a work of art,” says Gavin English, the general manager of Steinway & Sons California. “It would be the crown jewel of any home, but there has to be enough room for the sound to breathe.”