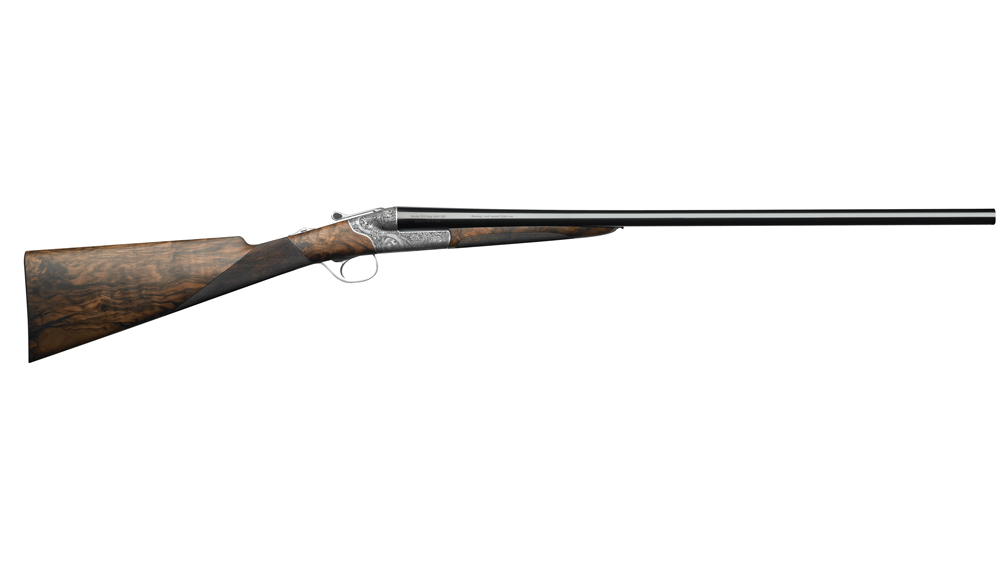 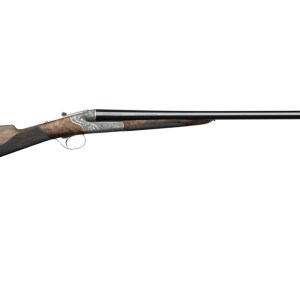 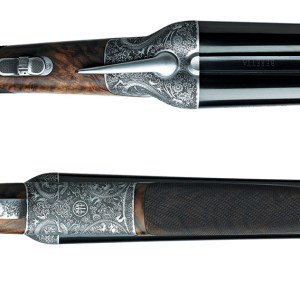 The opening lever hovers over the action as if suspended in air, and the safety seemingly floats within the walnut pistol grip.

One company, Beretta (beretta.com), is steeped in centuries of tradition. The other, Apple, has introduced some of this century’s most influential innovations. And Marc Newson has collaborated with both in recent months. Newson is an Australian-born industrial designer who first rose to fame in the mid-1980s with his Lockheed Lounge, an aluminum-paneled sculpture that looks like a cross between an 18th-century chaise longue and an aircraft fuselage. Since then, his designs have ranged from a concept car to airliner interiors to clothing. He joined Apple in September and is believed to be responsible for designing the Apple Watch. (In the 1990s, he cofounded the watch brand Ikepod.) In November, Beretta, an Italian firearm company that has been in business since 1526, introduced the 486 by Marc Newson. The $25,000 limited-edition offering is his take on the 486 Parallelo, the 12-gauge double-barreled shotgun that Beretta released in 2012.

Newson’s design is sleeker and lighter than the original 486 Parallelo. The opening lever hovers over the action as if suspended in air, and the safety seemingly floats within the walnut pistol grip. The laser-cut engravings on the round-bodied receiver refer to the regions of Asia where the pheasant originated. Each of the six Beretta galleries (in Milan, Paris, London, Buenos Aires, Dallas, and New York) is offering one example of the 486 by Marc Newson.