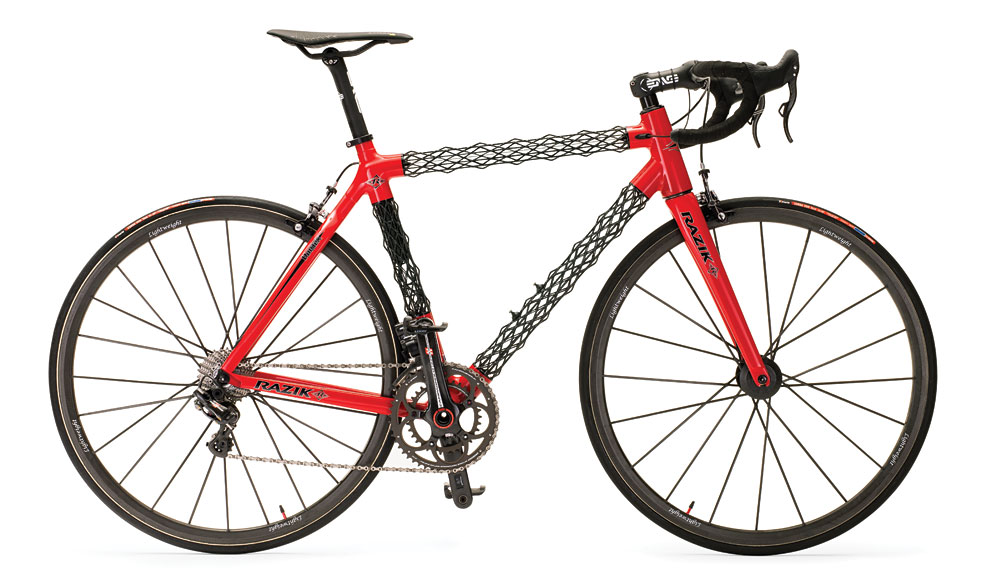 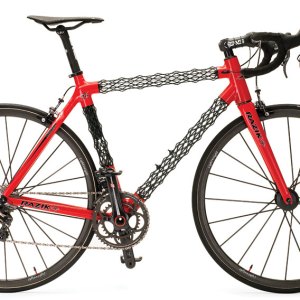 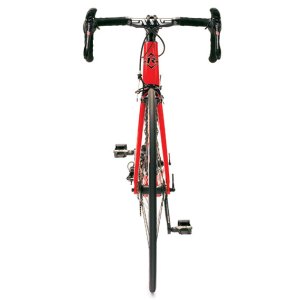 About 15 years ago, David Jensen—a civil-engineering professor at Brigham Young University—invented IsoTruss, a sturdy, three-dimensional, open-lattice structure made from a lightweight composite of Kevlar and carbon fiber. The potential applications of IsoTruss, which derives its name from the isosceles-triangle-shaped trusses that form the latticework, range from freeway pillars to cell-phone towers to aircraft fuselages. In 2004, a group of Jensen’s BYU students applied the IsoTruss technology to bicycle frames, and from 2009 to 2012, a company called Delta7 sold mountain-bike and road-bike models based on the students’ designs. Recently, some of the people behind Delta7 established Razik (www.razik.com), a Utah-based company producing the Vortex road bike. The bike, which will go on sale in April and be priced from $6,000 to $16,000 depending on the components, features an IsoTruss frame that weighs only 1.5 pounds. Razik can equip the Vortex with electronic shifting and a carbon-fiber seat post, stem, and fork. In addition to being durable, the IsoTruss tubes that form the frame absorb vibrations and offer minimal wind resistance. For an additional cost, Razik will fine-tune the frame to increase the stiffness in some areas and the flex in others, so that the bike has more stability when cornering.