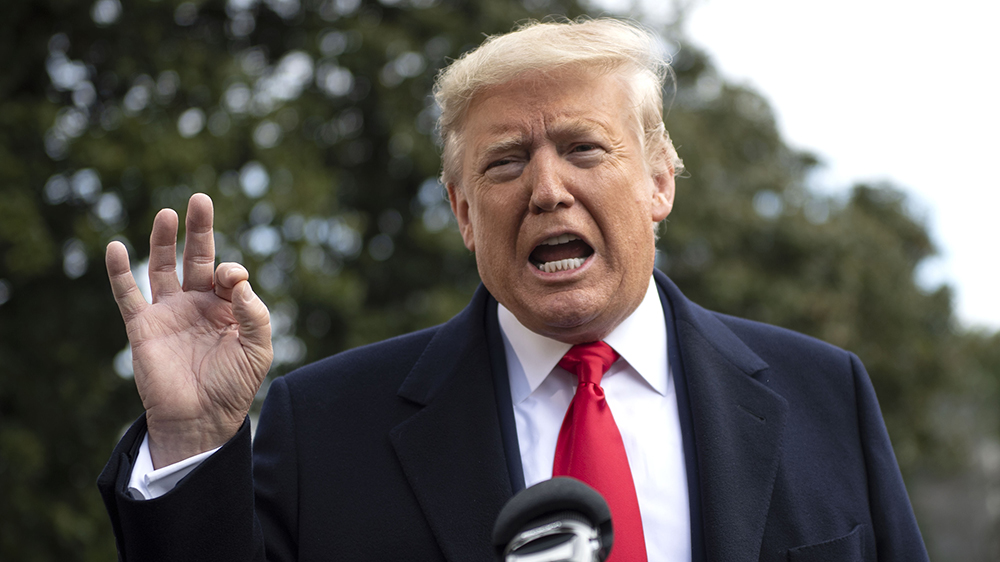 Would Donald Trump sign a copy of his own impeachment report? If that seems like a bit far fetched (even for an famously unpredictable president), it’s exactly what one auction house says happened.

Goldin Auctions, an auctioneer in Runnemeade, New Jersey, claims to have a copy of the House Judiciary Committee Impeachment Report signed by none other than President Trump himself at a rally in Michigan on December 18, hours before the House voted to impeach him, according to the New York Times. Now the auction house has put the signed report up for bid.

So just how valuable is a bizarre piece of presidential memorabilia like this?

With just over two weeks left in the auction, bidding has risen to $17,000. And at least one expert believes the signed report will ultimately command six figures. Last month, Les Gold, star of the reality series “Hardcore Pawn,” told The Detroit News he could see the item going for “$100,000 to $500,000, without a doubt.”

The lot includes a signed printout of the full House Judiciary Committee report that was presented to each member of the House of Representatives back in mid-December, according to its listing. The House would vote to impeach Trump on December 19 on two counts, abuse of power and obstruction of congress. Making matters even stranger, the auction house claims that the set of documents was signed in Sharpie by the president that same day, just hours before the vote, at a campaign rally in Battle Creek, Michigan.

Mr. Trump’s signature has been authenticated by two independent companies, according to the Times.

Despite the documentation, however, the Trump campaign has raised questions about the signed report’s legitimacy. In an email to the Times, Tim Murtaugh, the campaign’s director of communications wrote: “Based on the description of when and where he claims to have gotten the items signed and the timeline that’s been reported we are highly skeptical that he and the autographed items are authentic as claimed.” Jeannie Burchfield, chairwoman of the Calhoun County Republican Party, who attended the rally, told the paper she believes the autograph is “an urban legend.”