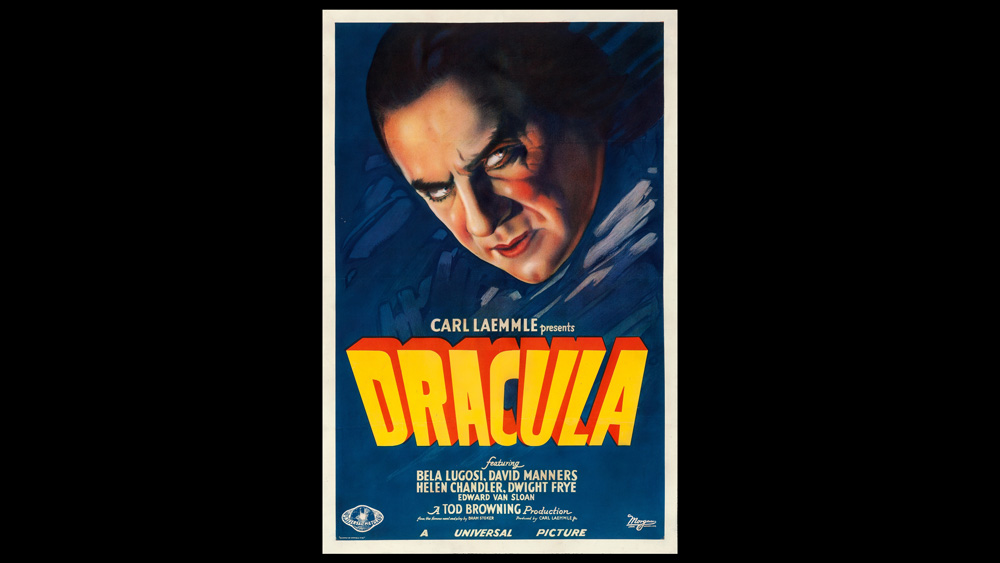 A poster for the 1931 horror film Dracula, which pictures the face of Bela Lugosi, sold for $525,800 at Heritage Auctions in Dallas on November 18, breaking the record for the price paid for a movie poster on auction for the second time this year, attesting to the overall strength of the growing auction category.

The previous record was a tie of sorts set by two separate sales at Heritage. In July, a 1946 Italian movie poster for Casablanca sold for $478,000, while a poster for the 1927 Lon Chaney film London After Midnight commanded that same sum in November 2014—both posters are the only known examples of their kind. Prior to November 2014, the auction record for a movie poster hadn’t budged in 17 years. It had belonged to a poster for the 1932 horror film The Mummy, which sold at Sotheby’s in March 1997 for $453,000.

Grey Smith, director of vintage poster auctions at Heritage, had a notion the Dracula would do well—he put it on the cover of the auction catalog—so he’s not surprised it set a new record. “I’ve been in the hobby for 40 years. This is a significant find, and I hoped the market would come to meet it,” he says. While stressing that he is not disappointed in any way by the poster’s performance, he adds, “I would not have been surprised if it exceeded $700,000 or more. It’s just that significant.”

One other example exists of this Dracula one-sheet-size, 27-inch-by-41-inch poster, which Smith says was “always seen as the best of all four styles.” It’s in a private collection, and Smith says the likelihood of it going to auction anytime soon is “very, very slim.” The record-breaker had belonged to the descendants of Lieutenant Colonel George J. Mitchell Jr., a cinematographer and photographer who acquired it sometime in the 1950s because he liked it and the movie. Because Mitchell was never known as a movie-poster collector, his find stayed off the radar.

While Smith politely declined to confirm who the winning bidder was, viewers of It’s Alive! Classic Horror and Sci-Fi Art from the Kirk Hammett Collection, which is on view at the Peabody Essex Museum in Salem, Mass., until November 26, might be able to hazard a guess. The PEM display includes the London After Midnight poster and several pieces that showcase Dracula and Bela Lugosi. Did Hammett take the poster home? If he commissions a custom guitar that features the Dracula poster art, you’ll have your answer.