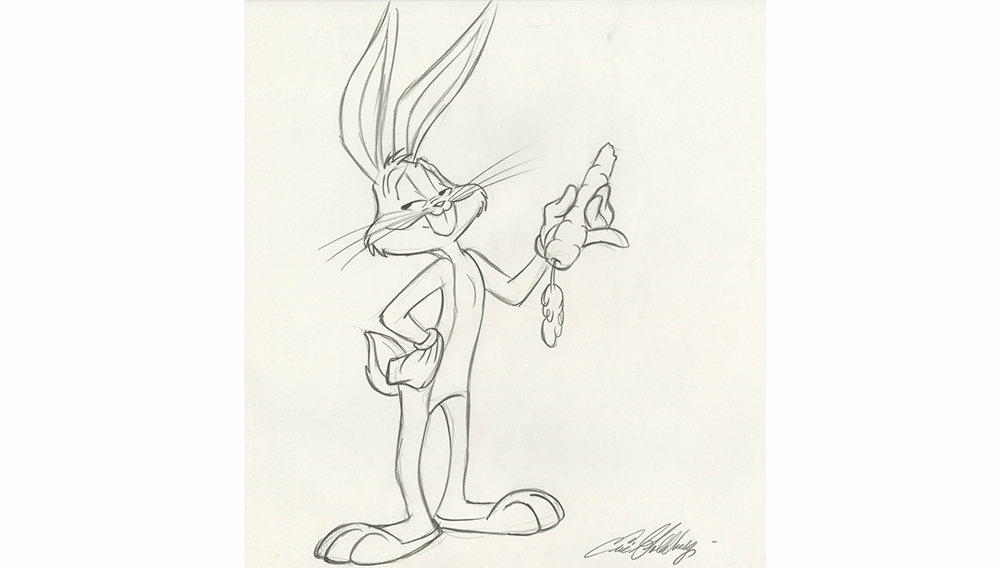 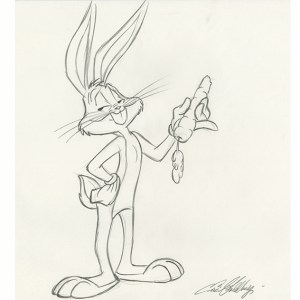 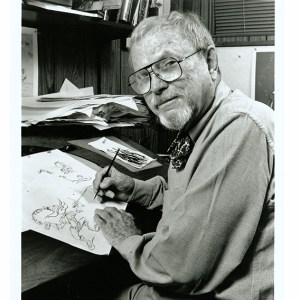 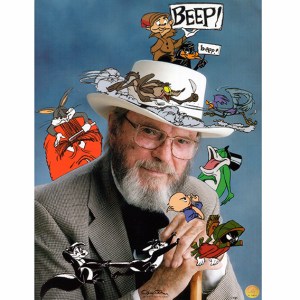 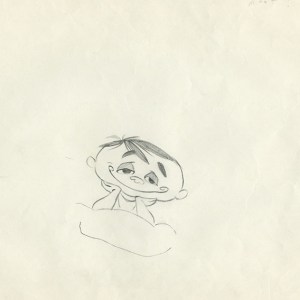 It does not take a super genius like Wile E. Coyote to recognize that Heritage Auctions’ Chuck Jones Birthday Auction will draw a crowd. In honor of the iconic cartoonist who helped bring life to Bugs Bunny, Daffy Duck, and the entire Looney Tunes crew, a number of his original sketches, as well as those from friends and colleagues, are now available to the public for online bidding. Treasured gems from the Golden Age of animation include Jones’s original drawings of Wile E. Coyote holding a magnet, from the 1961 Academy Award–nominated film Beep Prepared; Ralph Wolf holding a stick of dynamite, from the 1954 animated film-short Sheep Ahoy; and a 1957 sketch of a child daydreaming, from Boyhood Daze. Other notable works include a drawing of Bugs Bunny by Eric Goldberg—whom Jones considered the greatest animator at the time.

Jones, who would have turned 103 years old on September 21, got his professional start in 1932, washing animation cels after graduating from the Chouinard Art Institute in Los Angeles. His big break came when the legendary Friz Freleng hired him at a studio that would later be bought by Warner Bros. Jones directed his first short only six years later and for the next two decades played a pivotal role in all of Warner Bros.’s animation, creating beloved characters like Marvin the Martian, the Road Runner, and Pepe le Pew along the way. He was also a friend of Theodor Seuss Geisel and worked closely on Dr. Seuss’ How the Grinch Stole Christmas, writing the screenplay as well as producing and directing the film. After Warner Bros. stopped animation production in 1962 (a hiatus that would last 18 years) Jones opened his own company and remained active in the arts until 2002 when he passed away due to heart failure at the age of 89. His work continues to be enjoyed by generations, and the Smithsonian’s National Film Registry has included three of his cartoons on its list of the most important films of the 20th century.

All of the proceeds from the auction will benefit the Chuck Jones Center for Creativity in Costa Mesa, Calif. Jones established the nonprofit charity and community resource in 1999 to encourage people of all ages to nurture their artistic potential through art classes, exhibitions, festivals, and a host of other ongoing programs. His grandson Craig Kausen, who fondly remembers his grandfather, runs the organization. “He was working on the The White Seal and wanted to see how a human would move in the water if given the same constrictions as a sea mammal. I will always remember us floundering and flapping around in the water while he sat poolside and sketched—we were honored to be his research.”

Bidding began online on September 9 and will continue to be accepted until October 1. “My grandfather was passionate about art and interested in proliferating creativity throughout the world,” says Kausen. “The auction is a way to celebrate and continue his legacy of inspiration.” (ha.com)