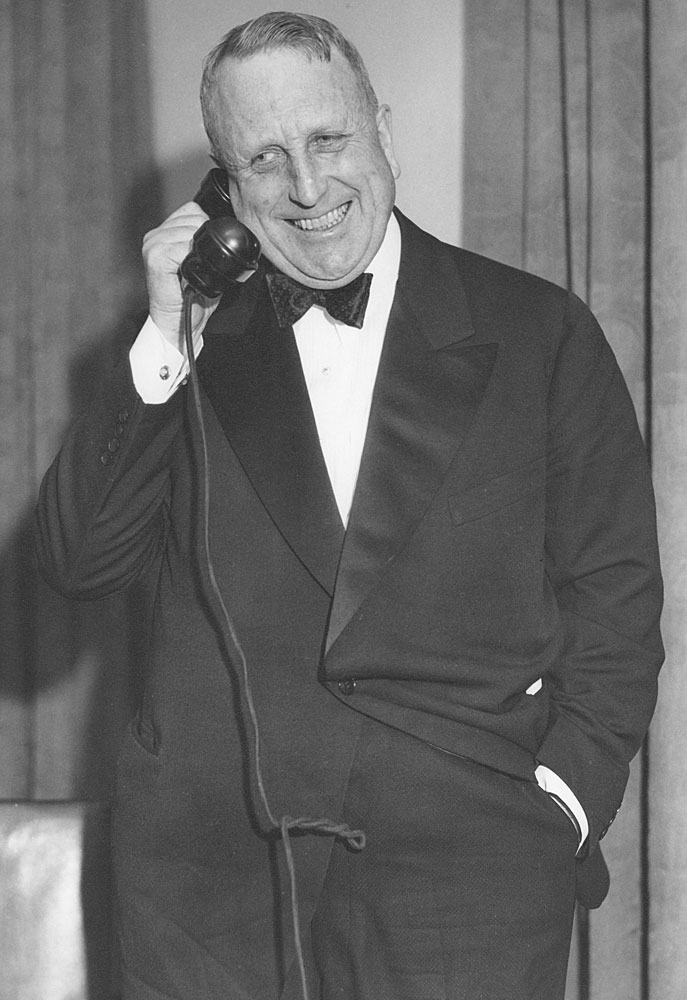 No figure yokes together with less violence (to revise Dr. Johnson’s phrase) the themes of this, our first Reader’s Choice issue, than William Randolph Hearst. The populist publisher had a canny instinct for anticipating which stories would arouse sufficient interest among the working-class readers of his penny papers to persuade them to part with their coin. He catered expertly to his target audience, treating it to exaggerated accounts of fires and grisly murders, a vaudevillian rotation of Sunday comics, and an imaginative array of contests devised to bait readers into generating their own entertainment while boosting his circulation.

In enticing our readers to contribute to our pages this month, we might be accused of employing a somewhat Hearstian stratagem to achieve similar goals, though with a very different audience. Yet Hearst’s significance here has less to do with his skillful exploitation of readers than with his career as one of our nation’s most conspicuous—and underappreciated—?collectors. For the most part, Hearst’s acquisitions of fine art and antiques have been dismissed by the curatorial kind as the undisciplined depredations of a cash-rich crackpot rather than the worthy pursuits of a true connoisseur. Sir Joseph Duveen, one of Hearst’s chief procurers, regarded him as merely a hoarder of stuff. “In Duveen’s opinion,” wrote one of the dealer’s biographers, “Hearst’s collateral interest in ibexes, llamas, and Welsh castles kept him from attaining the rarified heights on which [Duveen] himself liked to operate.”

The art world’s private disdain for the Chief carried over into the public sphere when, in the late 1930s, Hearst’s creditors forced him to place control of the Hearst Corporation in the hands of a trustee, Judge Clarence Shearn. Shearn discovered, to his gratification, that the vast warehouses of accumulated treasure actually belonged not to Hearst personally, but to a subsidiary of the company. A spate of undignified and heavily publicized Hearst sales soon followed, the most notorious of which was held at Gimbels department store. Hearst’s son William Randolph Jr. later recalled, “More than 10,000 of these art objects covered about 100,000 square feet of the store. Mobs of bargain-hunting shoppers swarmed through three floors . . . as they rubbernecked and grabbed this or that to take home. . . . It appeared that everything was now going—from more than 10,000 crates of stones from a Spanish monastery to canvases by Rembrandt, Van Dyck, and Rubens.”

The ensuing media frenzy fed the popular impression of the Hearst collection (particularly the contents of the famed “castle” at San Simeon) as the indiscriminate heap of priceless plunder depicted in the final sequence of Orson Welles’ film Citizen Kane. But the publisher has been, in this respect, a victim of his own brand of journalistic distortion, as a recent exhibition at the Los Angeles County Museum of Art reveals. Entitled “Hearst the Collector,” the exhibition (which runs through February 1) assembles approximately 170 works that shed a more serious light on the collector’s aesthetic sensibility. “An obituary estimated that Hearst alone had accounted for 25 percent of the world’s art market during the 1920s and ’30s,” notes the museum’s overview. “The dispersal of most of this colossal hoard over the years, and Citizen Kane’s freakish image, hindered a correct assessment of Hearst’s achievements as a collector, [and] as a thrillingly imaginative patron of architecture and design.”

This more balanced evaluation of Hearst finds support in an 1889 letter in which he offers advice to his mother: “If, instead of buying half a dozen fairly nice things,” he writes, “you would wait and buy one fine thing, all would be well. As it is at present we have . . . more than a house could hold and yet not among them a half a dozen things that are really superb.”

In these few lines, the young man who would later be so harshly criticized as a philistine summarizes the very essence of connoisseurship—and, incidentally, the guiding principle of this publication and its readers, whose own sensibilities we highlight this month (see “2009 Reader’s Choice,” page 75). While others have struggled to see past the dollars involved and find the sense in his collection, Hearst never doubted that his time and money were well spent. “The price,” he once told his son, “is often what the object is worth to you.”

Correction: In the January 2009 issue, Robb Report misidentified the Marquis Jet card program as “NetJets Marquis Jet Card.” We also indicated that Marquis Jet offers corporate discounts, which it does not.