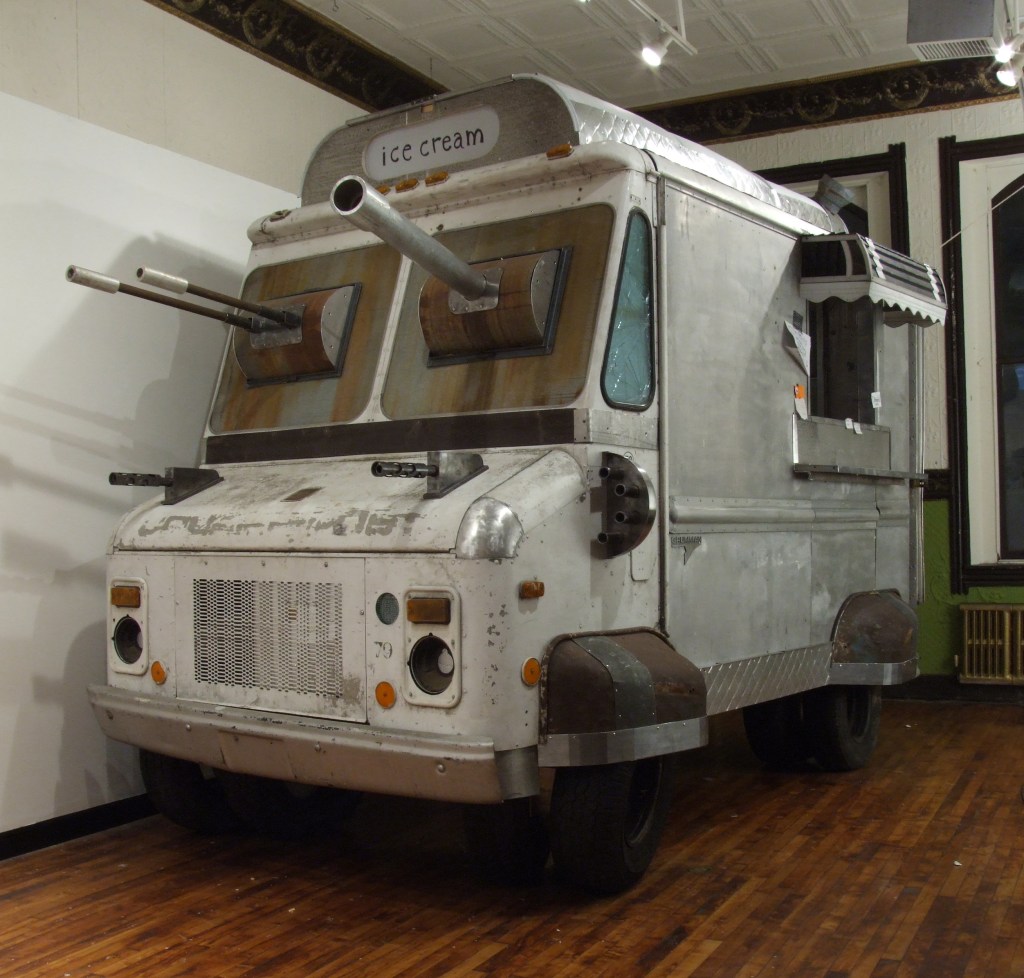 The Art Chicago fair, which runs May 1-4, will emphasize emerging modern artists through NEXT, a new invitational section of the exhibition. One example of the edgy, thought-provoking art is a 13-foot ice cream truck outfitted as an army tank, which was created by the Dufala Brothers, a small design team.

Art Chicago, an international fair of contemporary and modern art now in its 29th year, made a strong push this year to involve its host city in events, inviting civic and cultural leaders to take part in Art Chicago Speaks, a series of panels and discussions about issues in the contemporary art market. Fashion designer Cynthia Rowley and contemporary artist Nick Cave, both Chicago residents, will host “One on One: A Creative Conversation,” which explores the intersection between art and style. The fair will also host pieces from 110 galleries from as far as Japan and Spain alongside works from Chicago’s own Museum of Contemporary Art. (www.artchicago.com)