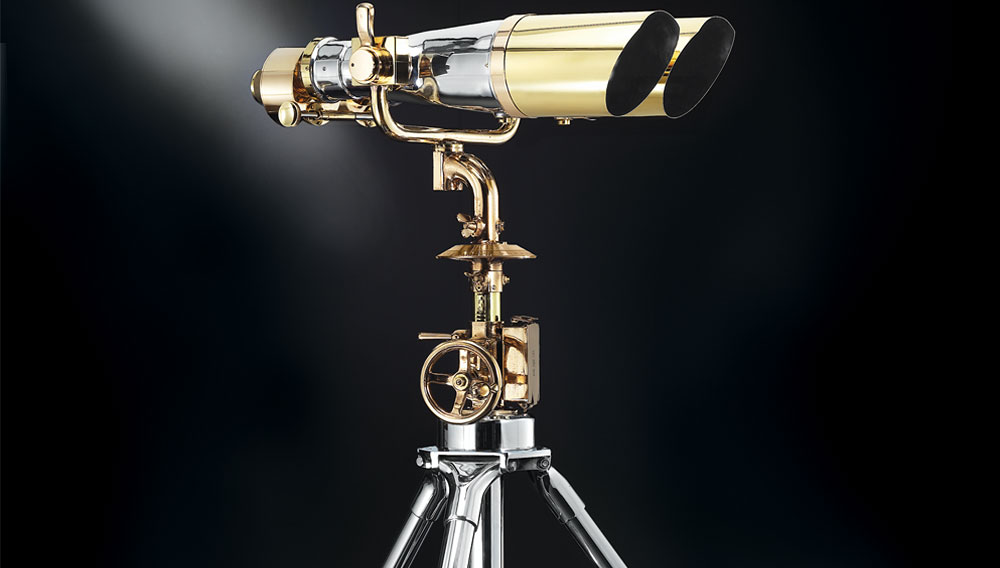 Nicholas Brawer (www.nicholasbrawer.com) began his career as an antiques dealer in 1999 and, for a time, he focused on traditional English sporting antiques, as well as mahogany and leather campaign furniture—luxurious but portable pieces crafted for British military officers.After writing British Campaign Furniture: Elegance under Canvas, 1740–1914, a comprehensive book on the topic, in 2001, Brawer’s reputation drew a variety of collectors to him.However, it was one chance encounter with a Las Vegas–based car collector about eight years ago that changed the course of Brawer’s career.

“If you want to do business with me,” the collector told him, “you have to show me something I’ve never seen before.” With that challenge, Brawer scoured the antiques landscape and returned with a pilot’s power ejection seat from a 1961 Royal Air Force bomber. “That blew his mind,” Brawer recalls, but he also remembers that the find only fueled the collector’s desire to see additional rarities that Brawer could uncover. More research and networking led Brawer to the discovery of a 3-foot-long pair of antiquated Japanese naval binoculars; over the following years, the collector would go on to purchase six similar pairs of binoculars. And instead of being at the epicenter of the British campaign furniture business, Brawer had become the proprietor of a sporting antiques gallery on Madison Avenue in Manhattan that now specialized in restored Japanese naval binoculars from World War II through the Cold War.

“It’s really exciting when you get something that came off of a naval ship, is in good shape, and still works,” Brawer says. “It’s functional history.”

Until recently, the most impressive pair of binoculars that Brawer had acquired, a rare and powerful Imperial Japanese Navy 12 cm set was manufactured between 1936 and 1945 by Japan Optical Industries Co. (later renamed as Nikon) and sold for$60,000. “They epitomize the high point of Japanese optical engineering during the Second World War,” he says. “They have the ideal combination of light-gathering ability combined with the power of the magnification. They were specifically designed as nighttime torpedo-spotting binoculars.”

However, it’s a pair of 1942 20x magnification binoculars that Brawer recently discovered and currently is restoring that he believes will earn the distinction of “most impressive” within his catalog. The binoculars, which Brawer initially will reserve for a Robb Report Collection reader to commemorate this feature, are made of solid brass and aluminum, were used by Japanese naval officers both on land and sea, and, according to Brawer, are the model that became the standard for all postwar Japanese naval binoculars. “These have all the bells and whistles, down to the original chain that holds them,” Brawer says. “In 10 years of dealing, I’ve never had a complete set.”

This particular model, which costs $65,000, is the same style that Admiral Nimitz brought home with him as a trophy of war following his tour of the Pacific. “This is a holy grail piece,” Brawer says. “[That’s why] we’re putting tens of thousands of dollars into them to make them right.”