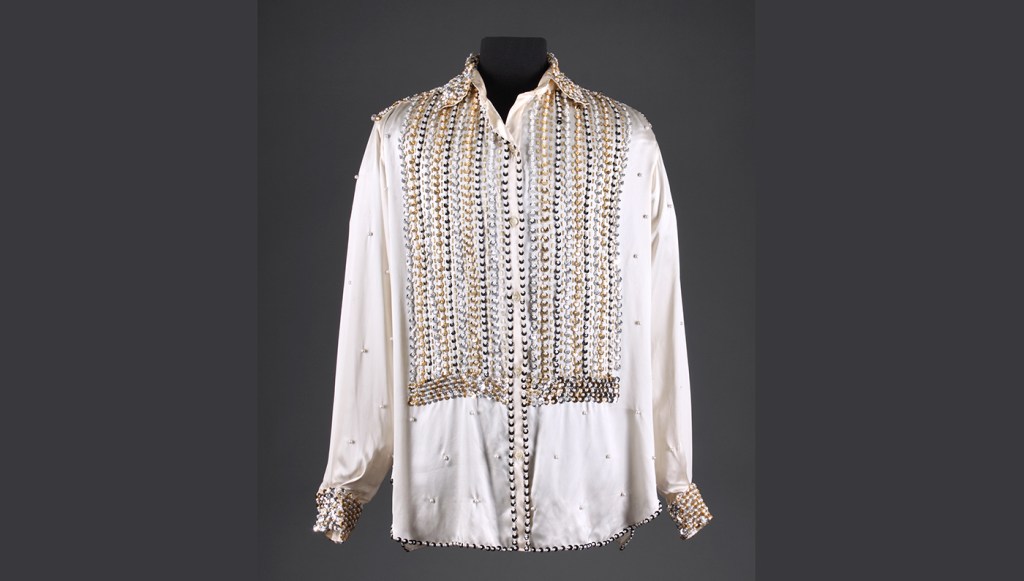 On November 4 and 5, collectors of music memorabilia are sure to swoon over personal mementos from Eric Clapton, Prince, the Beatles, and Frank Zappa at Icons & Idols: Rock n’ Roll presented by Julien’s Auctions in Los Angeles. Set to take the stage is a lineup of more than 700 lots—ranging from costumes and contracts to instruments and autographed incidentals—once owned by many of the industry’s legendary headliners.

Much of the spotlight will shine on 20 donations from guitar virtuoso Eric Clapton, winner of 18 Grammy Awards. On the block will be a host of his haberdashery, including a bespoke Loro Piana suit (signed), an autographed Gucci leather coat, and a series of shoes. Proceeds from Clapton’s collectibles will go to Crossroads Centre Antigua, a retreat he founded to help those in need of recovery from drug and alcohol addiction.

While the majority of the lots will be available on Saturday, the 5th, property from the estate of Frank and Gail Zappa will be the focus on Friday. The assemblage includes furnishings and fine art once owned by the famed composer, musician, and filmmaker.

A preview of the pieces featured in Icons & Idols: Rock n’ Roll will take place at Julien’s Auctions from October 31 through November 3. The sale itself will run from 10 am to 2 pm on both days, with bidding accepted in-person, by phone, and online. (juliensauctions.com)