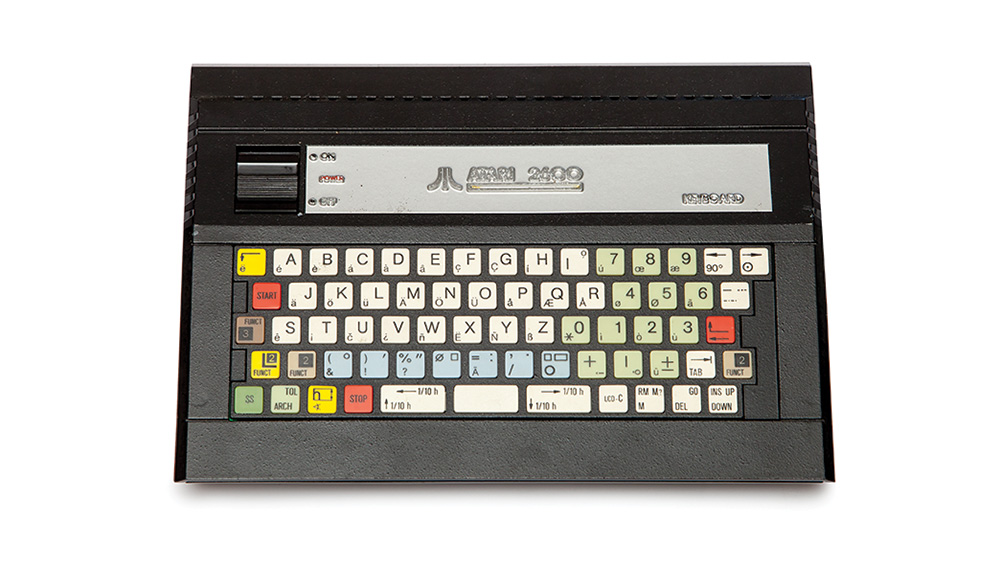 Some of the rarest pieces in Greg McLemore’s collection are also the commercial flops: game prototypes that demonstrate leaps in innovation but were never put into production. These four Atari video game accessories are prime examples.

Atari worked with Peripheral Visions Inc. (PVI) on a keyboard-equipped Graduate computer but canceled the project in 1983. The little-known Atari 2600 Keyboard suggests that the company was also trying to build a similar computer in-house. McLemore owns one of the very few Atari 2600 Keyboards, which never made it to production.

The 1981 Atari 2700 video game console, a follow-up to the 2600 model, used wireless controllers—a development far ahead of its time. But the controllers, which used radio signals, could also trigger garage-door openers and other remote-control devices. Also, Atari could not figure out how to pair the controllers with specific consoles, so players gaming on two consoles in the same household would interfere with each other. The 2700’s case design, however, lived on in future releases. As many as 75 2700 prototypes are believed to have been made, but only 16 or 17 are known to the collector community today.

Designed in 1982, VAL, as the Atari CX-2000 was nicknamed, was to be a low-cost version of the 2600. McLemore owns the touted “all-in-one” system in both of its existing colors: dark brown (the first edition) and blue (chosen after market research). Competing low-cost designs were circulating at Atari at the time, and only the 2600jr made it into production.

This early, almost unknown prototype is installed with a 2600A motherboard and mock-up controllers. It is likely a response to the all-in-one system VAL, but made in Sunnyvale, Calif., not at the Atari New York lab where VAL was born. Only McLemore’s example is known to exist.