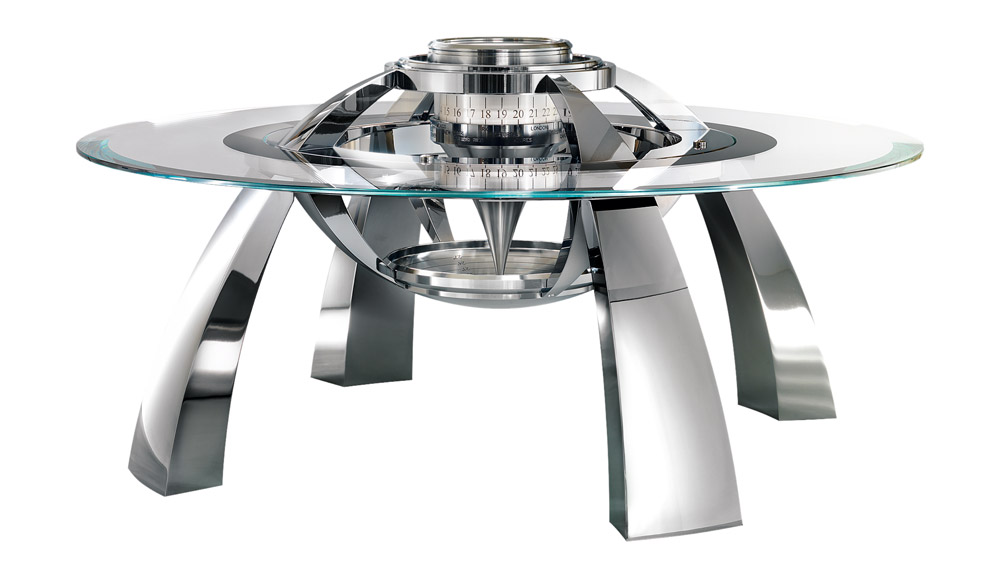 Sitting in the saloon of a large yacht, an elaborately built, modern marine chronometer like the sculptural Atlantis Orbis by German clockmaker Erwin Sattler perfectly complements the maritime setting—and for good reason. While GPS now does the navigational heavy lifting, that wasn’t always the case. Because keeping precise time at sea to remain on course was a driving need during the critical early 18th century, marine chronometers helped shape much of the technology now found in every wristwatch.

While finding latitude at sea is relatively straightforward using the stars, finding longitude on a spinning globe with no fixed reference was far more difficult. The key, in theory, was to compare the time of local apparent noon (the zenith of the sun in the sky) as measured by a sextant with the time of the same event at a fixed location. So pressing was the need for a clock accurate enough to do the job at sea that the English Board of Longitude offered a £20,000 prize for a timekeeper up to the job.

The story of John Harrison, the English clockmaker who labored for 30 years on a series of large and elaborate timekeepers built for this purpose, is one of the best-known tales in horology. By the time Harrison managed to extract payment from a grudging Board of Longitude for his pocket-watch-sized H4, a number of other makers in France, including Pierre Le Roy and Ferdinand Berthoud, were advancing designs of their own. Each had to devise a system that could be wound without stopping while remaining accurate in tempestuous seas and under fluctuating temperatures.

Back in England, a new generation of watchmakers, including John Arnold and Thomas Earnshaw, brought marine chronometers into their final form with a wooden-box housing and gimbal mountings to keep the mechanism in the favorable face-up position even as the ship pitched. By the mid-19th century, mechanical marine chronometers had become an indispensable part of navigation, replaced only by quartz and then GPS more than a full century later.

1714  England establishes a Board of Longitude and a prize for accurate marine timekeeping.

1766  Pierre Le Roy, inventor of the detent escapement, builds a chronometer with a thermo-compensated balance and efficient balance spring.

1770  Ferdinand Berthoud is named clockmaker to the French navy.

1772  Captain James Cook carries John Arnold’s chronometers and a watch based on John Harrison’s design on his voyage through the Pacific.