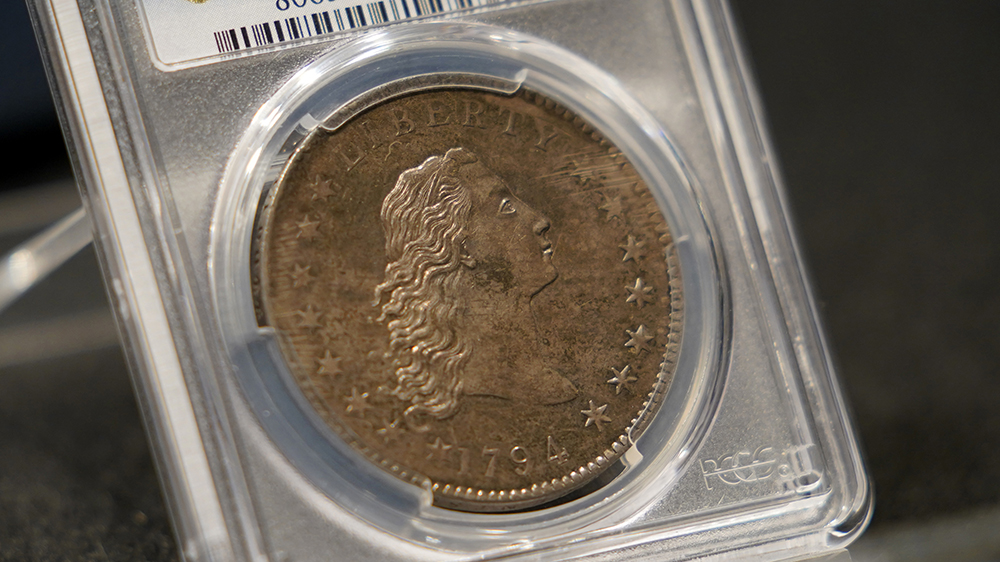 Even with the coronavirus still wreaking havoc on the global economy, collectors have shown a willingness to spend big on the items they truly covet, including Ferraris, diamond rings and baseball cards. And you can almost certainly expect this trend to extend into the fall when the world’s most valuable coin, the 1794 “Flowing Hair” silver dollar, goes up for bid.

The coin, which was acquired by Bruce Morelan for $10 million in 2013, is scheduled to go up for auction in Las Vegas this October, reports CNN. And despite the great economic uncertainty of the moment, coin experts expect his silver dollar to sell for just as much this time around, if not more.

The coin features Lady Liberty sans her iconic crown and with her hair let down on one side and an eagle on the other. So, why is it worth so much? Because there’s a strong belief that it is the very first silver dollar produced by the first US Mint in Philadelphia. Documentation shows that the coin is one of 1,758 silver dollars struck on a single day in October 1794, of which only 140 or so remain in existence, according to Coin World. That fact, along with its silver plug and the care with which it was struck (it’s been graded a 66 on a 0-to-70 scale) is why collectors and experts feel that it is the first US silver dollar.

“This is a dream coin—a priceless artifact that I have been proud to own, and I’m very sorry to see it go,” Morelan told CNN, before adding: “It’s time to move on to other challenges, and I hope that the new owner of the coin treasures it just as much as I have.”

Dwight Manley, a noted coin collector and Dennis Rodman’s former agent, has been eyeing the  silver dollar for decades. “I have always admired this coin, having seen it in Eddie Milas’s case over 30 years ago at a coin show,” the numismatist told Robb Report via email. “While we will never know if it was the first struck, we do know that it is a special and finest known example of our nation’s first silver dollar! Remember that George Washington was president and the White House was in Philadelphia when this was coined. It is a genuine time capsule of history.”