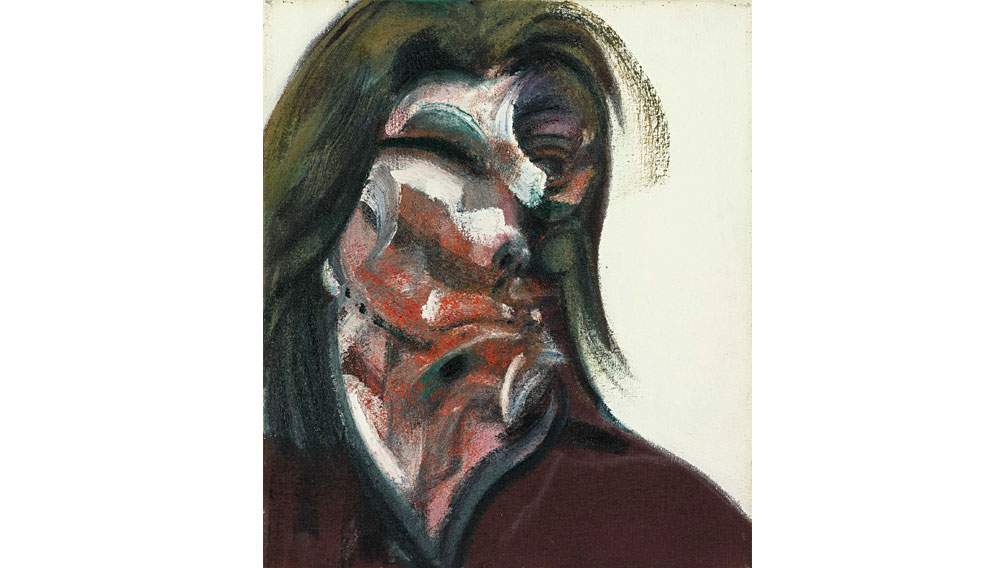 Property from the Estate of George Embiricos
View Gallery — 4   Photos 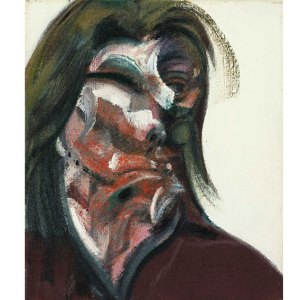 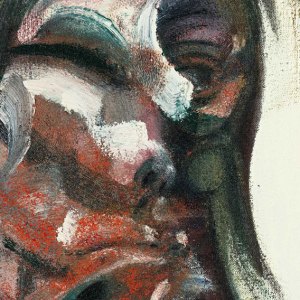 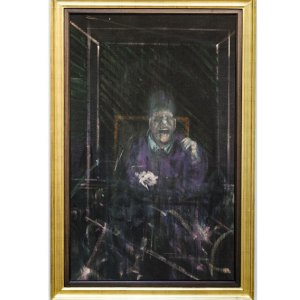 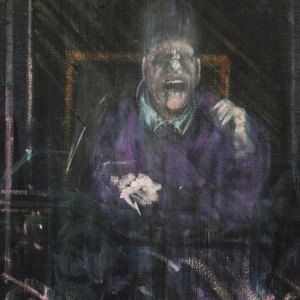 Dressed in his finery, the pope sits isolated, screaming in agony over the horrors of a postwar world. Monet’s water lilies it ain’t. But Sotheby’s estimates that Untitled (Pope), a haunting 1954 work by the artist Francis Bacon, could sell at its November 13 Contemporary Art Evening Sale in New York for $25 million, and it is likely to go for more. “The market for Bacon has always been very strong,” says Gerard Faggionato of Faggionato Fine Arts, the gallery that represents Bacon’s estate in Britain. “His work is challenging not only visually but financially.”

Bacon’s Pope paintings were partly inspired by Velázquez’s 1649 Portrait of Pope Innocent X, and they span several decades of the late British artist’s career—he painted his first in 1949 and his last in 1972. His popes are second only to his triptychs in terms of desirability, and the auction market bears that out. The last time a pope was auctioned, it fetched $52.6 million. That staggering sum made Study from Innocent X, a 1962 canvas sold at Sotheby’s New York in May 2007, the then most expensive Bacon painting. It fell to second place 364 days later and has remained there since Sotheby’s New York offered a 1976 triptych that commanded $86.2 million.

Bacon is a hot commodity of late. The oldest result on the list of his top 10 paintings at auction is that 2007 sale of Study from Innocent X; Christie’s London hammered down 1964’s Study for Self-Portrait, currently number 10, in late June for $33.5 million (£21.5 million). Oliver Barker, a senior international specialist in contemporary art at Sotheby’s, credits Bacon’s rise to a turn-of-the century scholarly reassessment that recognized him as one of the most significant artists of the previous century. Museum exhibits, such as a 2009 retrospective that appeared at Tate Britain in London, the Museo Nacional del Prado in Madrid, and the Metropolitan Museum in New York, helped publicize Bacon and whet collectors’ appetites.

In addition to Untitled (Pope), Sotheby’s will have Study for Head of Isabel Rawsthorne, a 1967 portrait by Bacon that could sell for $12 million. Faggianato deems it “an A-plus painting. You get the entire strength of Bacon in a small portrait.” Both artworks have been off the market for decades. Untitled (Pope) hasn’t been seen at all—not sold, loaned for exhibition, or photographed for reproduction—since 1975, and the Study was last auctioned in 1983. Their freshness should play a role in the prices they achieve.

Bacon’s ability to draw eight-digit bids places him in an elite fraternity in the contemporary art world. “Until recently, a few artists made $10 million or more at auction, and they were primarily American. Now we can comfortably add Bacon, Lucian Freud, and Gerhard Richter to that list,” Barker says. “They consistently perform at a high level.” (www.sothebys.com