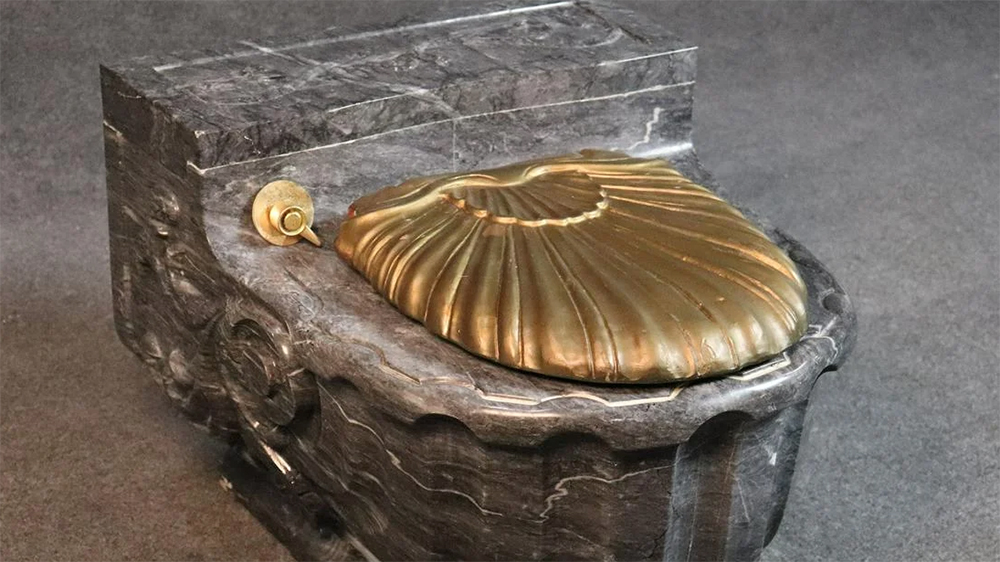 Frank Sinatra may have died more than two decades ago, but his most ardent fans aren’t ready to let go of him just yet. In fact, some are still so enamored by the late singer that they’re willing to drop thousands of dollars just buy gold-topped toilets once owned by Ol’ Blue Eyes.

Three gold-seated, marble toilets belonging to the legendary crooner were among dozens of items auctioned off by SS Auctions in New Jersey this past weekend, according to CNN. The majority of the items had furnished Sinatra’s legendary 6,000-square-foot “Chairman’s Suite” at the Golden Nugget Casino in Atlantic City, where he stayed while performing at the hotel.

When Steve Wynn opened the Golden Nugget—now known as the Atlantic Club Casino Hotel—in the early ‘80s, he quickly signed up Sinatra to a multi-million-dollar deal to perform at the hotel and its sister location in Las Vegas. The deal apparently included Sinatra’s own executive suite. Wynn spared no expense in decorating, selecting baroque items from all over the world to furnish it, including the over-the-top commodes.

The toilets were carved from Italian marble by New York City-based Sherle Wagner International, which may explain why they sold for $4,250, $3,500 and $3,750, respectively. As high as those prices may seem for nearly 40-year-old thrones, they’re almost a bargain compared to the $27,000 price tag they sported when brand new. Another “basic” toilet without the gold seat sold for a $1,800.

Toilets like Sinatra’s regularly fetch up to $2,000 online, but because they belonged to the singer they were able to command an even higher price, according to SS Auction’s David David Berenblit. “There must have been some gravitas attached because they were Frank Sinatra’s because they overperformed,” he told the network.

Of course, Sinatra’s gold-seated toilets were far from the only desirable items up for grabs on Sunday. Other notable items include a bronze fountain signed Enid Yandell, which garnered a winning bid of $33,000, a Ferdinand Berthoud clock that went for $13,000 and a Yamaha baby grand piano that sold for $7,000.