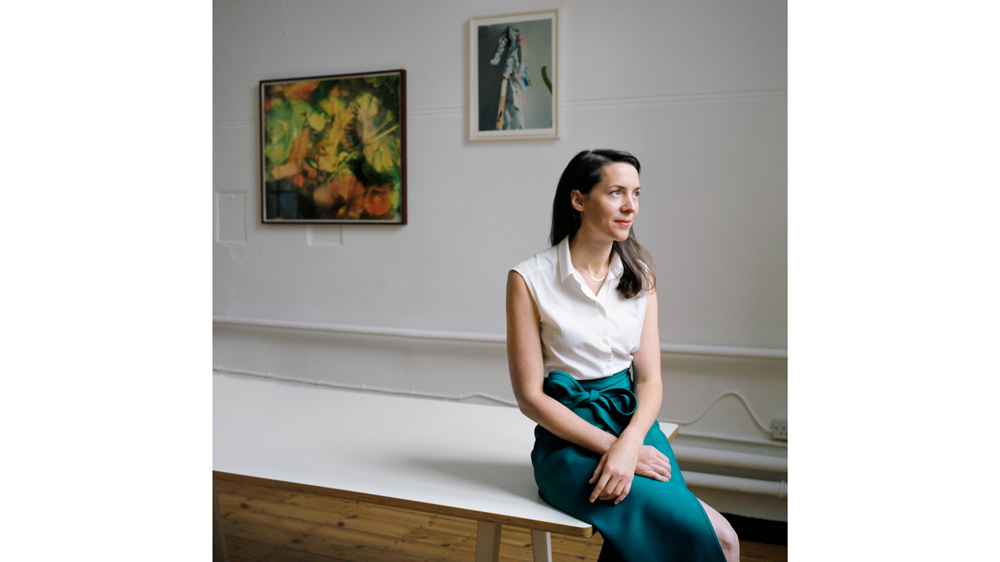 The seventh edition of Frieze New York steps off on Randall’s Island on May 3 with not one but two VIP preview days for collectors of contemporary art on May 2 and 3. This year’s fair features some 190 galleries from 30 countries. They will be presenting blue-chip works by luminaries of 20th-century art as well as pieces by emerging artists who themselves are already beginning to garner critical acclaim. On the eve of the vernissage, Robb Report caught up with fair director Victoria Siddall to talk about the evolution of the New York event and what fairgoers can expect this year.

This will be the seventh edition of Frieze New York fair. How has the fair—and the Frieze enterprise more generally—evolved since its launch?

As many of your readers may already know, Frieze was founded 25 years ago as an art magazine, and the fairs seemed like a natural outgrowth of our editorial vision. We launched initially in Regent’s Park in London in October 2003 and then on Randall’s Island in New York in May 2012. It was also in 2012 that we launched Frieze Masters, a sister fair in London that features art made before the year 2000. In addition to 20th-century art, Frieze Masters includes old masters and antiquities—works from across time and from around the globe presented in a very contemporary environment. In addition to these three fairs, we are launching a fourth this coming year in Los Angeles. What sets Frieze apart is that its editorial roots influence and inform everything that we do—the decisions we make and the great curators we choose to work with.

But getting back to New York, we’re especially excited about the new elements of the fair this year. We have a totally new layout designed by Universal Design Studios, which is quite exciting for us after six years of the fair looking more or less the same. While our snaked tents had become quite an iconic design, we wanted to try something different and really improve the experience for visitors as well as for the exhibiting galleries. We have since broken the fair up into focused areas that are more distinct. So, for example, the Frame section, which is our subsidized section for young galleries, has now been integrated into the heart of the fair.

Because this is going be a new layout for everybody, we’ve created an interactive map that you can download onto your phone so you’ll be able to see where you are within the fair at any given moment. We don’t want people getting lost.

As for the content of the fair, we’ve also brought “Live” to New York. Live is a section dedicated to performance art and installation, to the presentation of works that don’t sit within an art fair booth. And for the first time this year, we are presenting Allied Editions—a sector in which London and New York–based nonprofit organizations will be showing editioned works by artists such as Camille Henrot, Joan Jonas, Jim Lambie, Elizabeth Peyton, and Martine Syms. Sale of the works will benefit their respective programs. Organizations exhibiting as part of Allied Editions at Frieze London have raised more than a million dollars over the past few years, so we are delighted to be giving them space in New York. What is wonderful is that in addition to supporting these groups, people can come to the fair and buy works that start at around $100.

Have you found New York to be a welcoming environment for the fair?

Absolutely. As always, this city’s arts organizations and galleries have really embraced Frieze week and are programming incredible shows to coincide with the fair. A few of the exhibitions opening during Frieze week at the galleries in New York include Arthur Jafa at Gavin Brown’s Enterprise, John Baldessari at Marian Goodman, Huma Bhabha at Salon 94 (which coincides with the Met rooftop commission), Jordan Wolfson at David Zwirner, and Mark Van Yetter at Bridget Donahue. Another of the attractions is the great museum shows that are on at that time. This year, we’re thrilled that the fair will coincide with Zoe Leonard at the Whitney, Danh Vo at the Guggenheim, Radical Women: Latin American Art at the Brooklyn Museum, and more.

Can you tell us more about the new L.A. fair launching next year?

The inaugural edition of Frieze L.A. will take place February 14 through 17, 2018, and will bring together around 60 of the world’s leading contemporary galleries. So it will be of a more intimate scale than our existing fairs. The new fair will celebrate the diverse and dynamic culture of L.A. and its global contributions to the visual arts. Our executive director is Bettina Korek, a native of the city who has very deep roots in the art world. She founded For Your Arts in L.A. Ali Subotnick, another Angeleno who is adjunct curator at the Hammer Museum, will curate the programming for Frieze L.A. The fair is being designed by architect Kulapat Yantrasast, and it’s going to be held at Paramount Pictures Studio, which is very iconic. It’s the oldest-surviving film studio in L.A., so a very exciting venue for us, as well.