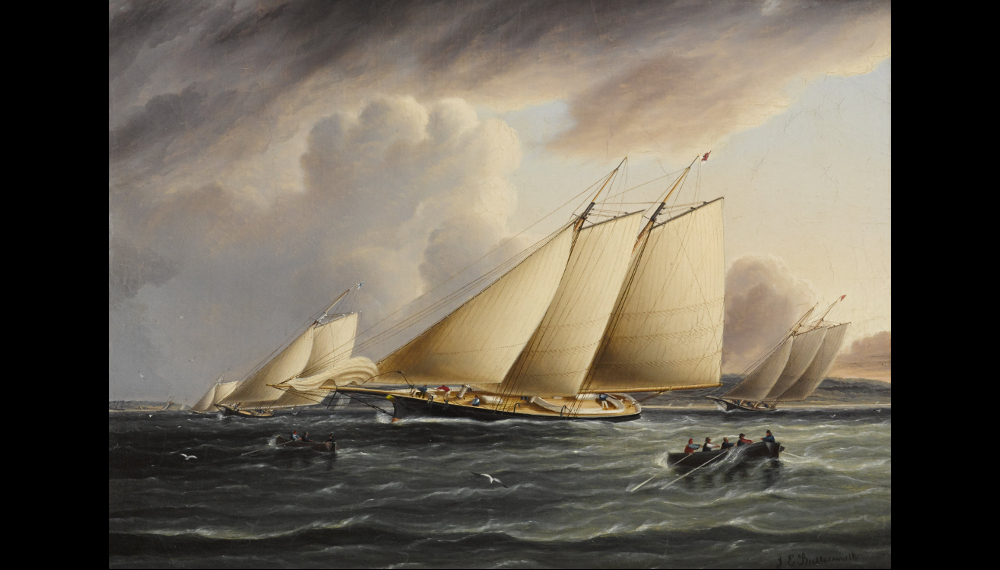 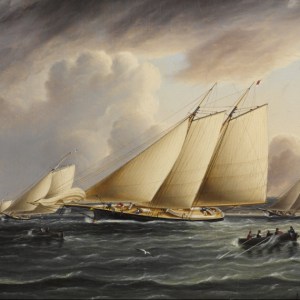 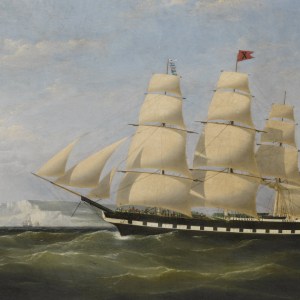 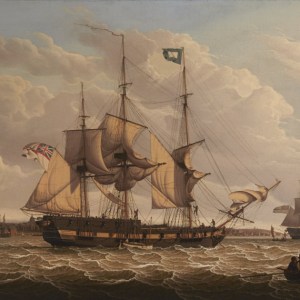 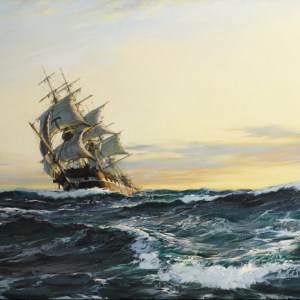 Bonhams is pleased to offer the distinguished maritime paintings collection of noted connoisseur Alfred “Fritz” Gold, in the Important Maritime Paintings and Decorative Arts sale to be held on January 24, 2014. A veteran of WWII who received a Purple Heart for his bravery, Gold went on to find success in commercial real estate, while becoming a respected historian of both British and American maritime art. Gold maintained residences on both Park Avenue and in WesthamptonBeach.

Bonhams will offer more than a dozen pieces from the Gold collection on January 24. Highlights include James Edward Buttersworth’s Schooners from the New York Yacht Club racing in the Narrows, which was painted circa 1870 and shows Fort Wadsworth in the distance (est. $70,000-100,000). The matching Buttersworth composition from the Gold collection, Schoonersfrom the New York Yacht Club reefing off Sandy Hook, will also be offered (est. $60,000-80,000). Splendid canvases by Samuel Walters, a particular favorite of Gold’s, will also be available, such as The Black “X” Line packet Devonshire off the North Foreland (est. $30,000-50,000). Other artists represented in the collection include John Hughes, Joseph Heard and Carl Justus Harmer Fedeler.

“Fritz Gold was a well-known collector with a discerning eye. We are very pleased to offer his exceptional collection, which represents a lifetime of appreciation for the genre,” said Bonhams Maritime Consultant, Gregg Dietrich.

Bonhams is the leader in dedicated maritime painting sales, and the January 24 sale will feature nearly 150 important compositions, from the American, British, European and Chinese schools. Robert Salmon’s Shipping off Birkenhead is among the finest examples (est. $200,000-300,000). Painted in 1810 from the Birkenhead side of the MerseyRiver, Salmon depicts Liverpool in the distance, with a 28-gun ship of the White Fleet in the foreground.

Also on offer will be the companion painting to Bonhams January 2013 Maritime Painting cover lot, The clippership Flying Cloud coming out of a hurricane, by James Edward Buttersworth, which sold for $398,500. The newly discovered composition, The clippership Flying Cloud scudding in a gale of wind off Cape Horn, has only recently emerged on the market (est. $200,000-300,000). The paintings were originally meant to be exhibited together.

Bonhams Important Maritime Paintings and Decorative Arts auction will take place on January 24, 2014 in New York. The sale will preview at Bonhams January 18-23. A complete catalog is available at  www.bonhams.com/auctions/21474/