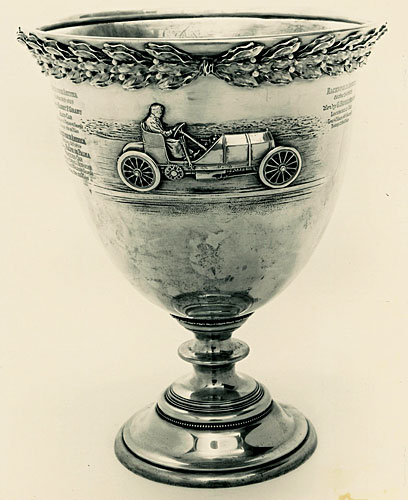 In the early 1880s, while his personal railway car was parked on a siding in Michigan City, Ind., William Henry Vanderbilt, who was traveling with two of his sons, consented to a brief interview with local reporters. The president and owner of the New York Central Railroad Company had doubled his inheritance from his father, “Commodore” Cornelius Vanderbilt, to nearly $200 million, a sum that inspired the newspapers of the time to proclaim him the richest man in the world. As such, everything he had to say was of interest—particularly as it related to the 19th century’s primary mode of transportation. Asked during the conversation about the viability of the Chicago Limited, the Central’s fast train between New York and the Midwest, he remarked that the line did not pay and so could not continue indefinitely. The reporters pressed him: What about the public that depended on the service? In his frustration, Vanderbilt famously replied, “The public be damned!”

This remark would haunt Vanderbilt and his heirs. Many years later, his son William Kissam Vanderbilt, who had been present that day in Indiana, embarrassed himself by complaining to the press about the burdens of inherited wealth, which had left him “nothing definite to seek or strive for.” William Kissam Jr. also became the object of media opprobrium, thanks to his playboy lifestyle and freewheeling attitude toward money. After the stock market crash of 1929, Willie K., as he was known, told his cousin Cornelius Vanderbilt IV that America’s Gilded Age families were doomed. “I shall personally spend some of the remaining time in cruising aboard my yacht, seeing the world, and having a good time.”

Willie K., who served as president of the New York Central only briefly, did precisely that. His most heated public-relations problems, however, arose not from his magnificent yachts, country estates, or stables of Thoroughbreds, but from his fascination with the newest form of transportation, the automobile. This interest had formed in his youth, and as an adult, fast cars became his prevailing passion. In 1904, while driving his 4-cylinder, 90 hp Mercedes, he set a new land-speed record of just under 93 mph. Flush with glory, he determined to establish an American version of the Gordon Bennett Cup. He invited owners of the world’s finest automobiles to compete in a 30-mile, high-speed race along the roads of Long Island’s Nassau County, the winner of which would receive an enormous silver urn, the Vanderbilt Cup.

The challenges of staging a high-performance automotive event on public roads are many, even today, as we have learned through our annual Car of the Year competition, which takes place on the well-patrolled byways of Napa Valley (see page 105). But at the beginning of the last century, horses—and other livestock—still ruled the rural roads, and cars were the strange and dangerous playthings of the wealthy. As Willie K.’s fellow drivers arrived in Nassau to test conditions with their vehicles, enraged locals descended on the area’s supervisors with their complaints and petitions. When these august public servants sided with Willie K., the citizens went to court, claiming that the suspension of speed laws for a private event was an unjust special privilege. An injunction was granted and then overturned before the date set for the race.

The competition was popular with spectators, more than 100,000 of which reportedly attended. After one unlucky member of the masses was killed in 1906, however, Willie K. resolved to build his own raceway. He and his investors put up $10 million to fund the Long Island Motor Parkway, a landscaped, two-lane private road with overpasses that could accommodate his race one day a year and toll-paying motorists the remaining 364. His solution, he reasoned, would ensure public safety and turn a private profit.

Unfortunately, neither Willie K.’s competition nor his parkway lasted long. Though it has been revived several times since—most recently in 1996—the original Vanderbilt Cup was held for the last time in Santa Monica, Calif., in 1916, while the Long Island Motor Parkway was absorbed into the state-run road system in 1938. Yet the millionaire’s love of fast cars gave America its first modern superhighway and ushered in the age of the automobile—an amenity of the privileged that has proved profoundly convenient to the public his grandfather once so ignominiously damned.