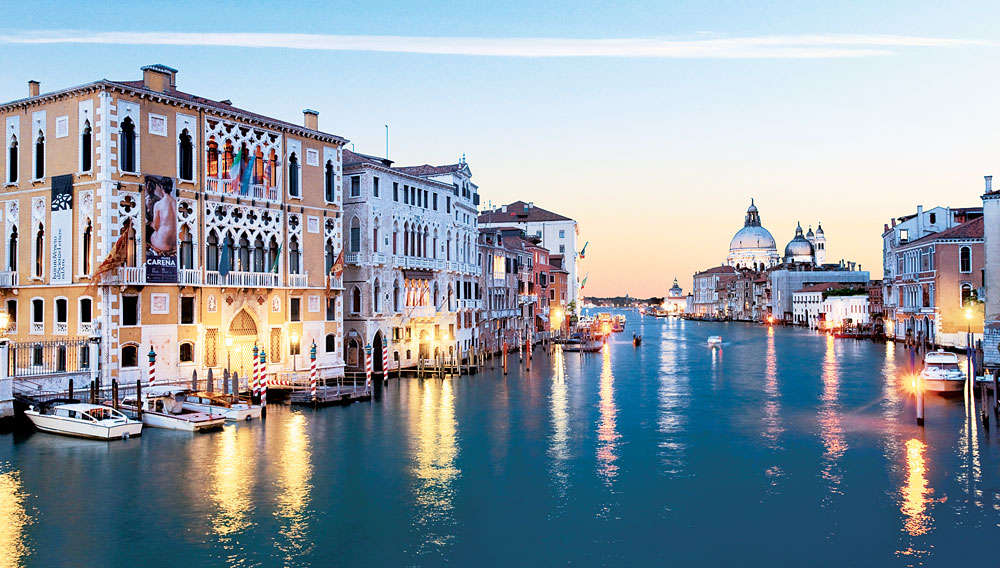 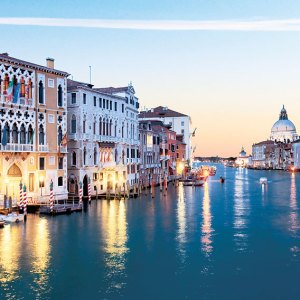 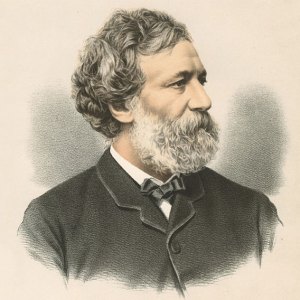 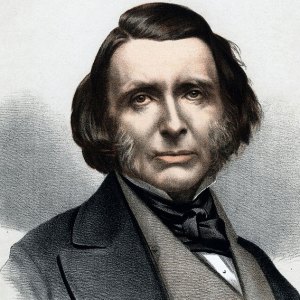 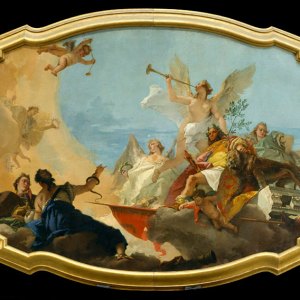 Ideally, a home—whether modest or magnificent—not only shelters the human body from the elements, but also provides the mind and imagination with refuge from the vulgar encroachments of everyday life. Such a dwelling, Henry James observed, is the Venetian palazzo, which “makes almost any life graceful,” he wrote. “As you live in it, day after day, its beauty and its interest sink more deeply into your spirit.”

The subtle charms and soaring arches of this rarefied architectural form found flawless representation in the Palazzo Barbaro on Venice’s Grand Canal (pictured), the residence of James’s friend, Daniel Sargent Curtis, who rented the ancient edifice in 1881 and, four years later, bought it for himself and his wife, Ariana. Located not far from the Gallerie dell’Accademia, the palazzo actually consists of two buildings: one Gothic, built in 1425 for the patrician Barbaro family, and the other baroque, designed in 1694 by Antonio Gaspari, who incorporated the neighboring structure into his design, integrating the two interiors and creating the magnificent piano nobile. This 10,000-square-foot floor of formal rooms includes the salone, a lofty ballroom-sized reception chamber decorated with elaborate rococo plasterwork and canvases by Sebas­tiano Ricci, Antonio Balestra, and Giambattista Piazzetta. This splendor survived the French and Austrian occupations of Venice in the late-18th and early-19th centuries, but not the avarice of speculators, who, upon the death in 1858 of Marcantonio Barbaro, the last of his line, quickly set to work stripping the palazzo of its treasures, including Giambattista Tiepolo’s The Glorification of the Barbaro Family, now in the collection of the Metropolitan Museum of Art in New York.

Curtis’s purchase put a stop to the plundering. Though a Mayflower descendant and Harvard graduate, he might have seemed to some an unlikely champion of cultivated pursuits a decade before his move to Venice. Unlike the former republic, his reputation was anything but serene, thanks to a much publicized episode that took place in 1869. Curtis and two acquaintances had seated themselves together on a Boston streetcar, reserving a fourth seat for a mutual friend. When a large man encumbered by a toy wagon and satchel inquired about the vacant seat, he was informed that it belonged to another gentleman. The stranger sat down anyway and, after a pointed exchange, remarked of Curtis, “If this is a gentleman, I don’t know one what is.” Curtis responded by pulling the nose of the stranger, who happened to be a judge. Blows were exchanged, and a lawsuit followed. Despite a petition of support signed by the luminaries of Boston society, Curtis was sentenced to several months in jail.

The “Proboscis Pulling,” as one headline described the skirmish, did little to assuage Curtis’s growing disdain for American social standards. Convinced the country was, in his words, “irretrievably ruined,” he abandoned the United States for Europe, where, in the gilded marble halls of the Palazzo Barbaro, he and Ariana could devote themselves to cultivation, “without which,” he noted, “after a man has acquired money and leisure, he is without resources and occupation.”

Ownership of the palazzo and its dazzling piano nobile conferred upon the Curtises a kind of celebrity, and soon their home became the gathering place for a conclave of extraordinary talents. Known as the Barbaro Circle, this elite group included writers (such as James, Robert Browning, John Ruskin, and Edith Wharton), as well as numerous artists (among them John Singer Sargent, James McNeill Whistler, and Claude Monet). Isabella Stewart Gardner, an ardent collector and founder of Boston’s Gardner Museum, was a regular visitor, as was the Empress Frederick of Germany.

The Curtises basked in the glow of this enlightened company, whose members immortalized the palazzo in poems, novels, and paintings. The palace was indeed a bastion of civilization, if not always of civility. Despite the hosts’ efforts to orchestrate personalities, coarse notes of discord sometimes resounded among the Barbaro ranks. Writer Vernon Lee, for instance, considered author and socialite Katherine Bronson a tedious collector of famous names. Edith Wharton and Isabella Gardner barely spoke after Wharton compared the older woman’s new museum, modeled on the Palazzo Barbaro, to a provincial French railway station. And Whistler filed a libel suit against Ruskin, who likened the artist’s work to “flinging a pot of paint in the public’s face.”

Still, however vicious the Barbaro Circle occasionally became, its architect managed to keep his infamous temper in check. Curtis remained for the rest of his life the model of a perfect gentleman—the happy result, perhaps, of traveling by gondola rather than streetcar.