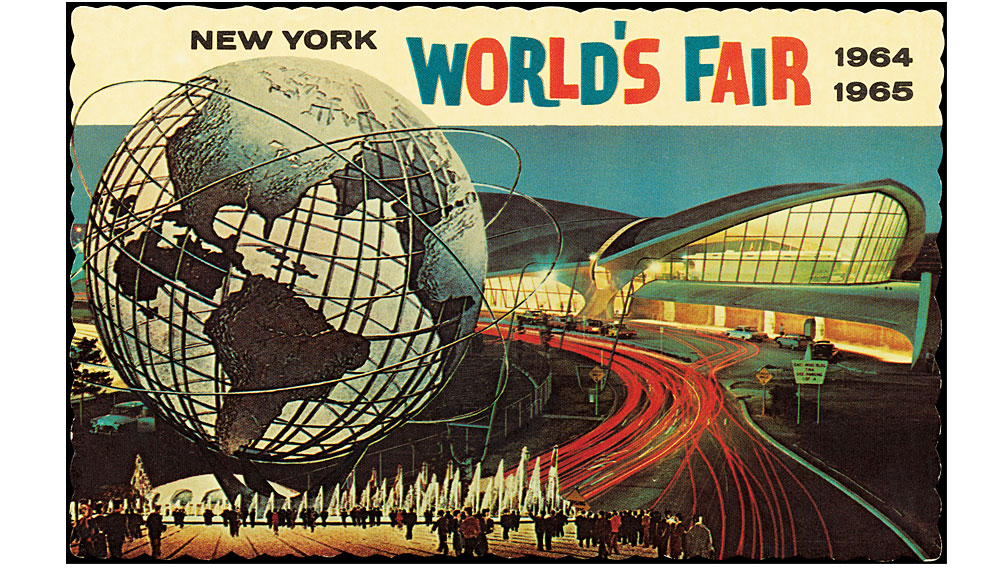 I was born in 1964, the year the future died. This peculiar realization settled unexpectedly on me while I was reviewing the coming attractions that make up this year’s Luxury Preview (page 93).

Although at our present point in history, speculations that stray beyond next month or next year lead us onto shadowy terrain indeed, no such ambiguities troubled our republic’s collective brow in the heady days of the mid-20th century. After enduring two decades marred by economic collapse and war, Americans reveled in the commercial carnival that was the 1950s. Magazine advertisements and TV spots enumerated the benefits of DuPont’s Fabrilite vinyl upholstery, which “breathes to give new cushiony comfort,” and Westinghouse’s Micarta Star Dust countertops, which brought “lasting sparkle” to the gloomiest kitchens. A 1955 edition of The American Home magazine predicted that “thermostatic” electric ranges would transform the ordeal of dinner preparation into a Fantasia-like dream sequence in which “frozen rolls emerge, unscorched, from a covered pan in a twinkling” and unthawed meats reached perfection in mere minutes at the flick of a dial. A Bell Telephone System ad in the same issue proclaimed, “Everyone is used to more comfort and convenience these days.”

No more pervasive example of this convenience exists than the automobile. The prim, pragmatic conveyance devised by Henry Ford resembled the preening four-wheeled peacocks of the 1950s as little as a Victorian washboard might the gleaming 1955 General Electric Filter-Flo Washing System. Like the dinosaurs whose bountiful environment enabled them to develop gargantuan proportions and eccentric features, cars not only grew, but acquired a host of fins, points, ridges, and domes. Adapted from the burgeoning aerospace industry—which, as the conduit to new frontiers, had captured the American imagination—these high-tech elements quickly cropped up on the structures of newly reshaped suburban landscapes. Businesses along the country’s multiplying freeways and superhighways incorporated into their buildings many of the visual cues that distinguished the latest Cadillac, Chevrolet, or Lincoln models: sweeping parabolas, saucerlike curves, molded glass, starbursts, and rocketlike protuberances. Steeped in Space Age kitsch, Googie architecture (the name was appropriated from a John Lautner–designed coffee shop in Los Angeles, one of the genre’s earliest examples) not only accommodated motorists’ growing demand for drive-in restaurants, theaters, and gas stations that were visible from a distance, but also celebrated the glories of science, on whose aerodynamic wings mankind would soar to its destiny.

One of the individuals who assisted in the rise of this motorized optimism would also preside over its decline. New York Parks Commissioner Robert Moses, according to a biographical essay by Gore Vidal, “thought that anyone who owned a car ought to have a nearby park or beach to go to.” Much of his career was consequently devoted to figuring out ways to “appropriate [Long Island’s] natural beauty for the use of car owners.” Moses’ suburban vision, which began with the construction of the Triborough Bridge, found its apotheosis at New York’s 1964 World’s Fair, held on a reclaimed tidal marsh known as Flushing Meadows. A World’s Fair veteran, Moses was determined that this spectacle would embody the era’s futuristic faith. The fairgrounds represented an explosion of Googie architecture, at the center of which stood the Unisphere—a massive globe encircled by atomic rings—and Philip Johnson’s New York State Pavilion with its glass-and-steel Tent of Tomorrow. General Electric’s Progressland—a revolving theater populated by Disney “audio-animatronic” figures—underscored the forward-thinking theme, as did General Motor’s Futurama II, an amusement park–type ride that allowed visitors to glimpse a Utopian world where humans inhabited undersea hotels and plush Googie-style bubbles on the surface of the moon.

Ironically, although it opened only five years before the actual lunar landing, Moses’ fair marked the end for the Space Age. One year had passed since John F. Kennedy’s assassination in Dallas; the Vietnam War was under way; and the incipient counterculture was already corroding the fine finish of that grandest of American illusions—a boundless tomorrow of ever-advancing technology and unlimited resources. As if in response to this shifting mood, the fair faltered during its second season, when falling attendance and financial irregularities brought it to the brink of bankruptcy. And in its failure, that chromium-plated dream of the future—inadvertently, at least—prefigured our own tarnished present.