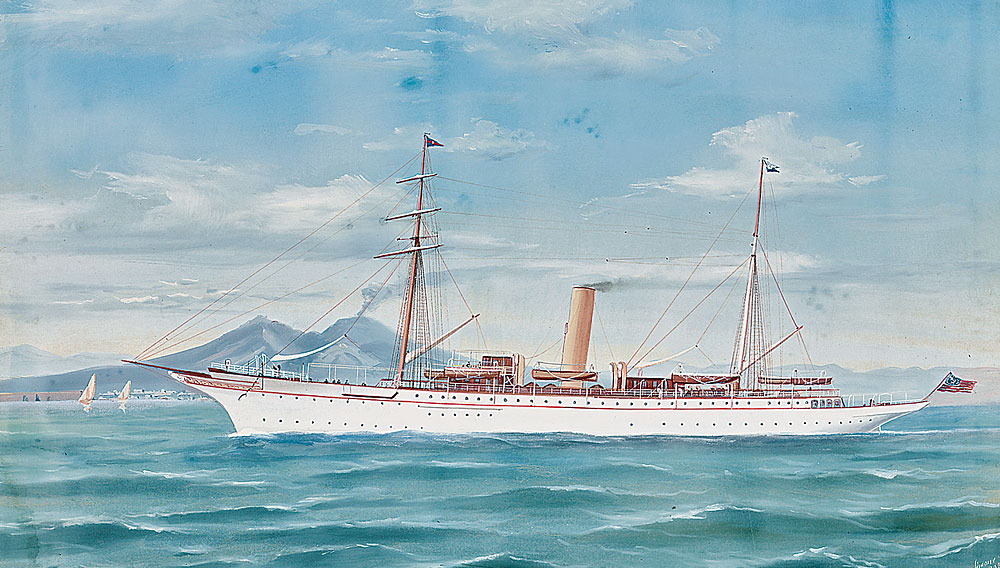 On December 31, 1914, the social pages of The New York Times cheerfully informed readers that Robert Goelet would host New Year’s Day trotting races on Glenmere Lake, part of his estate “near the headquarters of what is generally known as the Tuxedo colony.” These midwinter festivities were to serve as a housewarming of the American financier’s new home, Glenmere, which nearly a century later would open as a resort for the second time (see “Upstate Update,” page 42). Despite the public announcement, the public was hardly welcome to attend. “The races are to be invitation affairs,” the newspaper added, “and horses from the stables of the host and from those of Pierre Lorillard, W.A. Harriman, Richard Delafield, and other owners of fast horses living in the immediate vicinity will be the contestants.”

These prominent guests were more accustomed to publicity than their lesser-known host: Lorillard was an heir to a great tobacco fortune and founder of Tuxedo Park, while Harriman was the son of railroad tycoon E.H. Harriman. The Goelets had settled in New York in 1667, but, unlike many other members of the elite Four Hundred, the family possessed an instinct for avoiding the media magnifying glass that frequently singed the Astors, Goulds, and Vanderbilts. Except when Robert Goelet’s sister, May, married the eighth Duke of Roxburghe in 1903—an event that, according to The Home Journal, triggered a disturbance outside St. Thomas Episcopal Church like “the fury of a mob during the French Revolution”—the Goelets dodged the headlines and so were able quietly to increase a multigenerational fortune that has outlasted most others of that era.

Anonymity proved an asset in this pursuit, as did the family’s tendency to produce fewer heirs than the typically sprawling Knickerbocker clans. Yet the Goelet family tree, if comparatively narrow, is nevertheless confusing, thanks to a centuries-old tradition of christening sons either Peter or Robert. The original Peter, born in 1727, prospered as an ironmonger during the Revolution. Turning iron to gold, he then proceeded to turn gold into real estate. His sons, Peter P. and Robert R. Goelet, added to their father’s land holdings and expanded the family’s financial repertoire by founding Chemical Bank of New York.

The sons of Peter P., Peter Goelet III and Robert Goelet II, inherited their father’s and their uncle’s fortunes. Between 1850 and 1870, this third generation made its primary contribution to the family coffers through the commercial development of a tract of farmland that stretched from what is now Union Square to 47th Street and Fifth Avenue; yet the brothers’ miserliness paid dividends as well. Lifelong bachelor Peter was frequently found in his office at Chemical Bank sewing buttons on his coat to avoid the cost of a tailor, and he obsessively collected and sorted the scraps of paper he used as stationery. In addition to a peculiar variety of other fauna, he kept a cow in his stable and milked her himself. Equally stingy, his brother indulged in only one extravagance: marriage. The two brothers, so alike, even died within a few months of one another in 1879.

Their combined estates, which journalist Gustavus Myers, author of History of Great American Fortunes (1910), conservatively placed at $150 million, went to Robert’s sons, named Robert III and—in a breach of habit—Ogden. These brothers were as indistinguishable in their profligate tastes as their father and uncle had been in their parsimony. Stripping away the modest merchant veneer that, for generations, had concealed the family fortune, they spent freely on all the necessities of the Gilded Age. Ogden dubbed his massive Newport cottage Ochre Court; Robert called his Southside. Both surpassed yachtsmen William Backhouse Astor and his son-in-law James Van Alen in boatbuilding: Ogden commissioned the 320-foot Mayflower in 1896; his brother followed suit with the 306-foot Nahma (pictured) a year later. Yet neither would enjoy his floating palace for long. Ogden died aboard his yacht during the races at Cowes in 1897; two years later, Robert succumbed to heart failure aboard his vessel in Naples, Italy. Despite their spendthrift ways, the brothers, like their forebears, left larger fortunes than they had inherited to their own sons, who—in keeping with the dynasty’s odd fraternal harmonies—were both named Robert. Robert IV, Ogden’s son, hosted the illustrious horsemen at Glenmere on New Year’s Day of 1915.

Correction: An article on Feadship’s new Trident megayacht in the May 2010 issue (“Trident True,” page 118) should have identified the company as a Dutch shipbuilder.