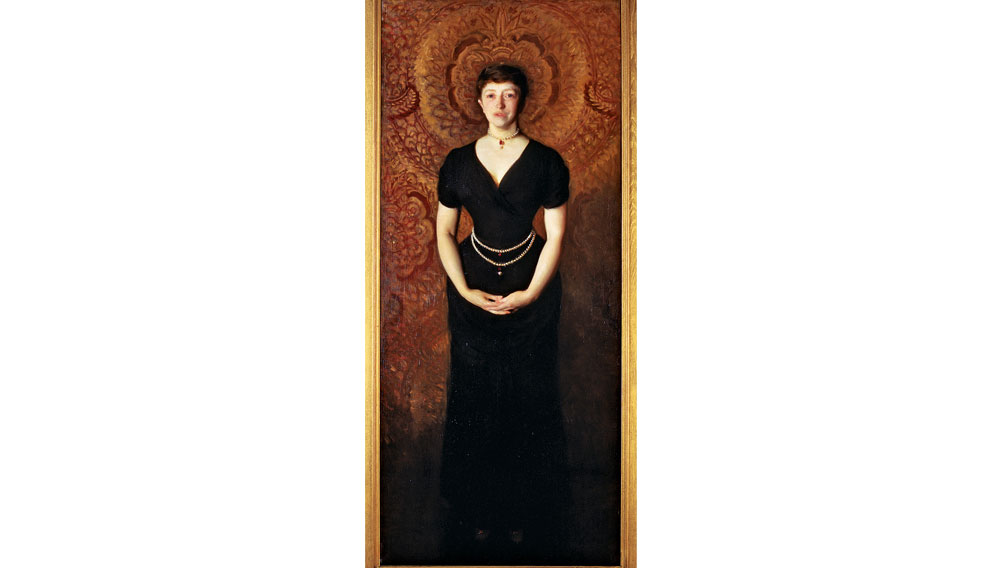 On October 26, 1886, a note arrived at London’s Albemarle Hotel addressed to Mrs. John L. Gardner. The sender was novelist Henry James, who informed his correspondent that he was “writing to Sargent to say to him that we will come to see Mme Gautreau on Tuesday at 3:15,” adding that he wanted to allow time to “prepare Sargent’s mind and Mme Gautreau’s body.”

James referred, of course, to John Singer Sargent, the American expatriate painter whose seascapes form an exhibition that opens this month at the Museum of Fine Arts, Houston (see “The Young Man and the Sea,” page 58). The Madame Gautreau in question was not the well-known beauty from Louisiana who had married a wealthy Frenchman, but Sargent’s Madame X, for which she had posed. This painting of a lavender-skinned lady in a low-cut black gown was the cause of Sargent’s presence in London, for when it was exhibited in Paris, public outrage had provoked the artist to close his studio and leave France. This scandal had piqued Mrs. Gardner’s curiosity, and she asked James to arrange a viewing.

It was characteristic of Isabella Stewart Gardner that she wished to see the portrait—and even more typical of her that she liked it. The Queen of the Back Bay, as Boston’s society pages dubbed her, was as unconventional as the wife of a Brahmin could be. Born Isabella Stewart in New York City to a family of modest ancestry and comfortable means, she had possessed the rebellious and ebullient temperament of an artist even as a girl. Her mother once spanked her for walking home from church shoeless, but she reveled in the attention she received from onlookers. This love of drama extended to her dress, and after marrying John L. Gardner of Boston, a generous and devoted husband, she indulged herself conspicuously. After returning to Boston from Europe in 1868, the young bride eschewed the hoop skirt, appearing at a party clad in a gown that draped over her hips and left her shoulders bare. Stunned by this costume, a gentleman asked, “Pray, who undressed you?” “Worth,” replied Gardner with a smile, referring to the famed Paris-based designer. “Didn’t he do it well?”

Yet the exhibitionist who shocked the citizenry by parading through Boston Common with a lion cub on a leash also had a more serious side. Her keen eye and love of beauty attracted her to the world of fine art, and she began to assemble a unique collection that, in its quality and diversity, stands as a masterpiece in its own right. Although she consulted a number of experts, most notably art historian Bernard Berenson, she never bought anything based on its investment value, confining herself to pieces that appealed to her personally. Her unwavering resolution in this regard often frustrated her procurers. “Remember that Raphael is not a great painter in the sense that Titian or Veronese or Velázquez or Rubens are,” Berenson once lectured her when she wanted Raphael’s Pietà and he wanted to sell her something else. Her instincts, however, proved remarkably sound. The more than 2,500 works housed in her home, Fenway Court, now Boston’s Isabella Stewart Gardner Museum, include Titian’s Europa, Tintoretto’s The Wedding Feast at Cana, and Botticelli’s Madonna of the Eucharist. Other masterpieces, such as The Concert by Vermeer and Rembrandt’s The Storm on the Sea of Galilee, also formed part of the collection before they were stolen in 1990.

On the day that Gardner made her way, along with James, to Sargent’s studio, however, she was more interested in cultivating the friendship of artists than in collecting their art. She would become a lifelong confidante, as well as a patroness, to Sargent—as she was to Anders Zorn, James McNeill Whistler, and other lesser-known artists, many of them her protégés. She included a number of Sargent’s works in her collection, among them another likeness of his most notorious subject, Madame Gautreau Drinking a Toast, and a portrait of herself, which hangs in the Gothic Room at the Isabella Stewart Gardner Museum, presiding over her own intricate yet vast creation. Sargent portrays the Queen of the Back Bay in a plain black dress, rather than in the bright colors for which she was known; but behind her, the arabesque patterns of a Spanish brocade curtain fan outward like the plumage of a peacock, and the mischievous sparkle in her eyes echoes her motto, engraved above the museum’s entry: C’est mon plaisir.