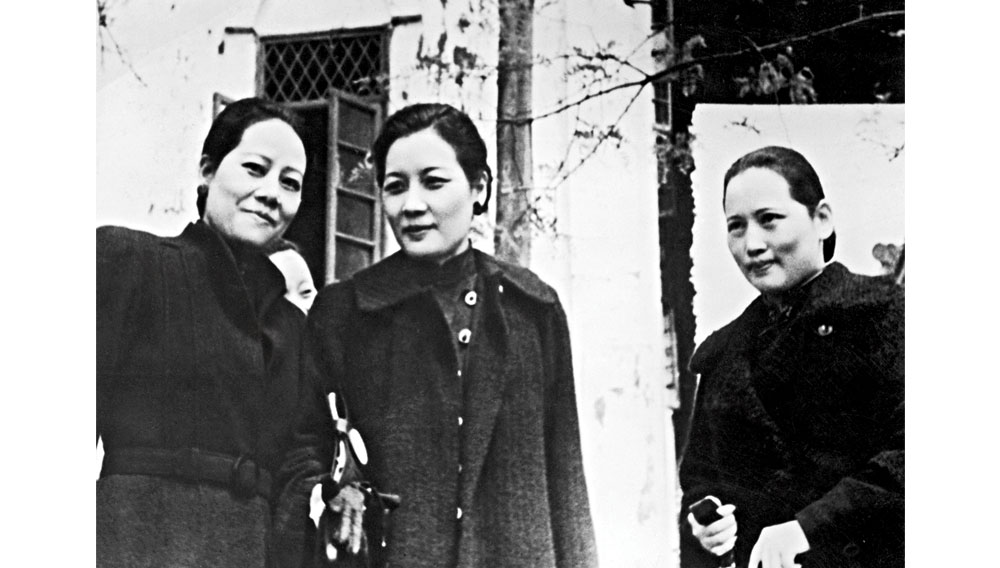 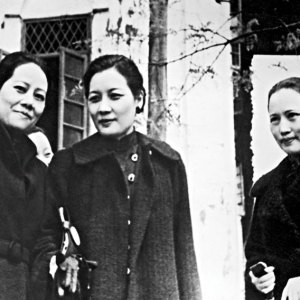 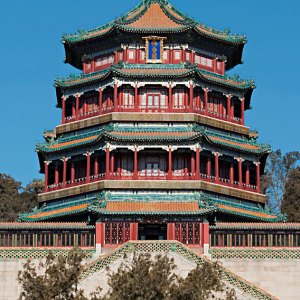 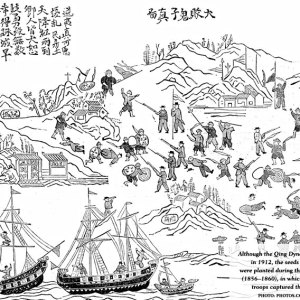 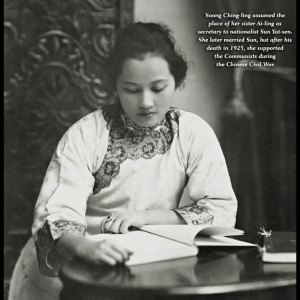 The most conspicuous removal of imperial treasures from China to points west occurred in 1860 when, during the Second Opium War, British and French troops sacked the Qing emperor’s Old Summer Palace in Beijing. Mercenaries and soldiers stripped away countless valuables of the kind that wealthy Chinese collectors are now assiduously repatriating (see “A Tiger Market“). Although the emperor and his successors remained on the throne for another half century, a power vacuum formed within the ranks of the government—a void that revolutionaries such as Sun Yat-sen successfully exploited. The collapse of the 2,000-year-old system, however, did not put an end to imperial ambitions in China; from the shadows of that country’s new republic another dictatorial dynasty emerged.

The patriarch of this clan was Charlie Soong, a publisher and missionary who had joined the revolution and become a close confidant of Sun, the first president of the Republic of China and, later, founder of the Chinese National People’s Party, known as the Kuomintang. Soong had fled Shanghai for America as a boy and, while in the care of Methodist missionaries, converted to Christianity. Persuaded by his quick mind that he would make a fine missionary, his benefactors paid his tuition at Vanderbilt University and his passage back to Shanghai. There, he abandoned his evangelical efforts and established a printing shop that specialized in Chinese translations of the Bible. This seemingly pious enterprise earned him a fortune, as an unending stream of orders for hymnals, textbooks, and pamphlets came from various foreign missionary groups. These profits he invested in noodle, tobacco, and textile factories, as well as in American educations for his six children.

But his canniest investments were political. His funding of Sun’s seditious activities placed Soong’s children at the center of influence when Manchurian rule ended. His eldest son, Tse-ven, or T.V., who was educated at Harvard and Columbia, became a prominent banker and served as the republic’s minister of finance. His three daughters, however, proved to be the most famous beneficiaries of this legacy.

The eldest daughter, Ai-ling, was a natural power broker. She served as secretary to Sun, who proposed to her. But Ai-ling, who regarded Sun as a weak idealist, had a loftier liaison in mind. In 1914, she married banker and nationalist leader H.H. Kung, who later became the wealthiest man in China. As Madame Kung, she befriended Du Yuesheng, head of the Shanghai syndicate known as the Green Gang, whose gambling and opium revenues funded Chiang Kai-shek’s Nationalist army. “If Elder Sister had been a man,” said her sister Ching-ling, “the Generalissimo would have been dead, and she would have been ruling China fifteen years ago.”

Ai-ling’s matrimonial machinations extended to her siblings. “She was always the matchmaker . . . and builder of family wealth,” writes author Han Suyin, who notes that one of her coups was the espousal of her youngest sister, May-ling, to Chiang. Wishing to supplant Sun as leader of the republic, the Generalissimo wed the vain May-ling, thereby allying himself with the Kungs and, he hoped, Ching-ling, who had replaced her sister as Sun’s secretary and, later—to her father’s horror—eloped with him. As Madame Chiang, May-ling lobbied for financial support in Washington and was photographed with Hollywood celebrities. Publisher Henry Luce glamorized her in the pages of Time and Life, and she basked in her love of extravagance. A leaflet circulating at the time denounced her for spending four million Chinese dollars per year on French toiletries and $800,000 for a pair of diamond-covered shoes.

Interestingly, the suspected author of this flyer was Madame Sun, who, ostracized by the family, became an outspoken critic of Chiang after he succeeded her husband as head of the government. This familial divide widened as civil war engulfed China in 1946, and the personal fates of the Soong sisters mirrored those of their people. The Communists, supported by Ching-ling, defeated Chiang, whose Kuomintang party—along with Madame Chiang and the Kungs—retreated to Taiwan. With their accumulated wealth, Ai-ling and May-ling eventually moved to the United States to take up residence in their respective Long Island estates. As cochairman of the People’s Republic, Ching-ling became the first woman since the imperial era to serve as head of state in China. There, a popular adage serves as the Soong epitaph. “Once upon a time,” it says, “there were three sisters: One loved money; one loved power; and one loved her country.”