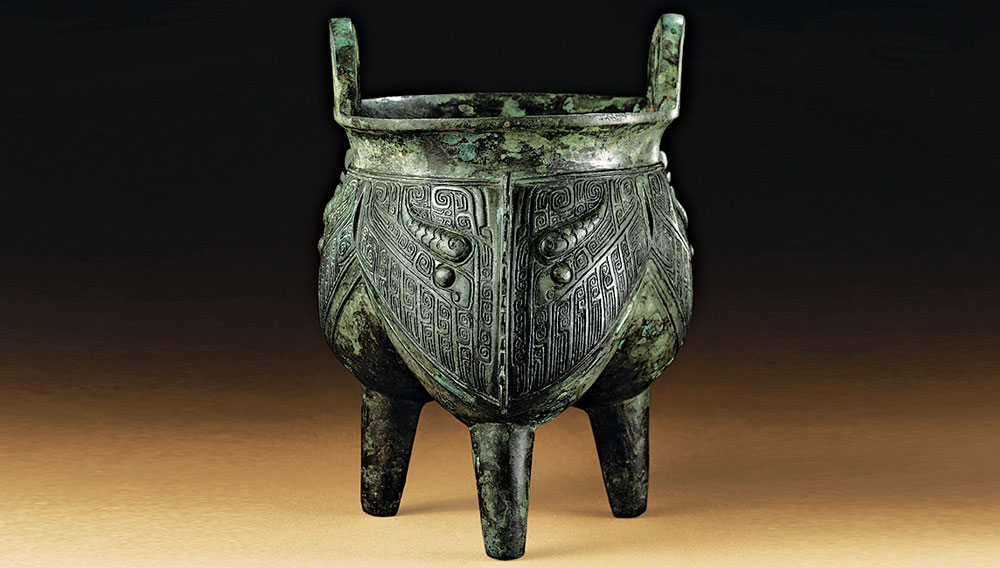 Part of Christie’s New York Asian Art Week, the Sze Yuan Tang Archaic Bronzes from the Anthony Hardy Collection sale (www.christies.com) will include ritualistic vessels employed by the Shang Dynasty ruling class as far back as the 13th century B.C. The auction, to be held on September 16, will feature 120 lots with an estimated total value of about $15 million. Hardy, a British collector who lived most of his life in Hong Kong, became obsessed as a young boy with his father’s Shang Dynasty tripod wine decanter (pictured). His interest grew, as did his own collection, which Theow Tow, Christie’s honorary chairman of Asia and deputy chairman of the Americas, calls “an unrivaled personal collection of important Chinese archaic bronze vessels.” The lots will be shown in Christie’s Rockefeller Center galleries the week before the auction.