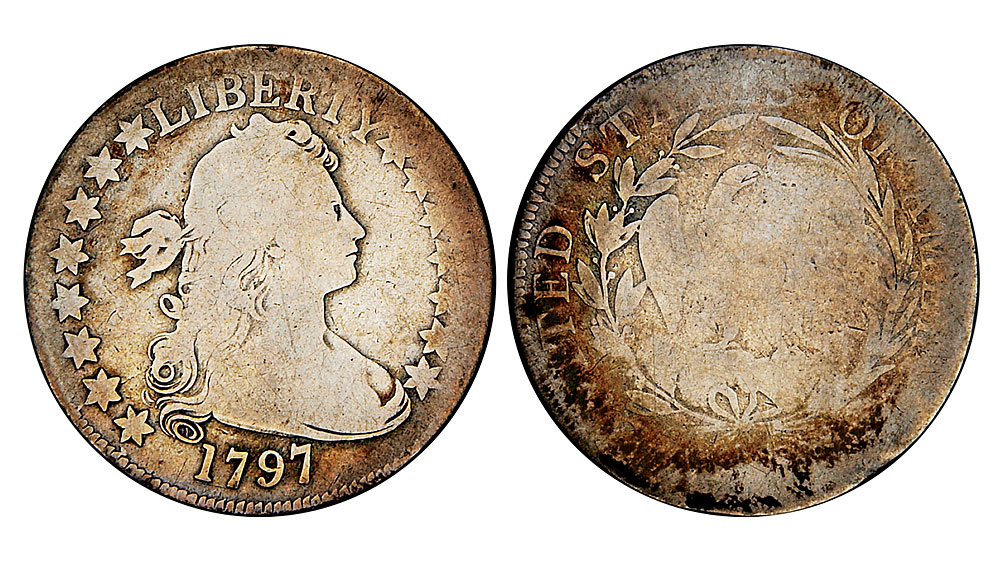 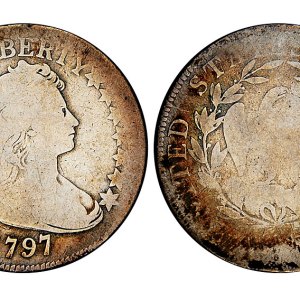 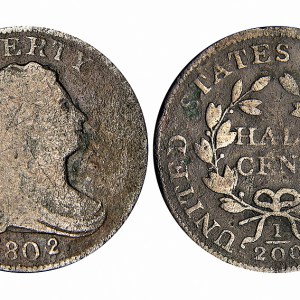 On May 30 in Los Angeles, Bonhams & Butterfields will present the Paul Bloomfield collection of North American coins at the company’s Rare Coins and Bank Notes auction (www.bonhams.com). The set of 2,000 monies from the United States, Canada, and Mexico spans the 17th through 20th centuries and includes a 1797 U.S. half-dollar coin that is estimated to sell for between $30,000 and $40,000. The collection amassed by Bloomfield, a broadcast engineer who died in 2008, also features an 1802 U.S. half-cent, which has an approximate value of $20,000 to $30,000.