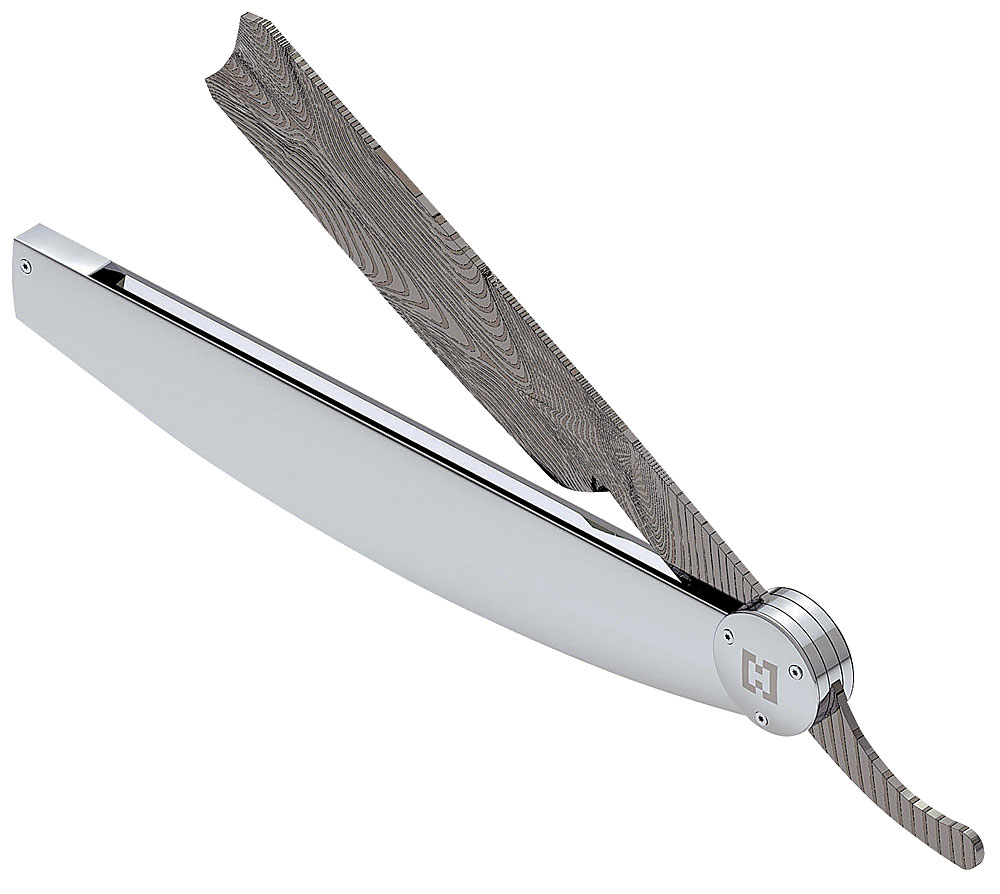 To produce its $30,000 Damascene Straight Razor (www.hommage.com), Hommage, a Paris-based grooming-products company, adapted a steelmaking method that dates as far back as 300 B.C. The technique gained prominence in the Middle East during the Crusades, when its product became known as Damascene steel, a material from which sword makers could forge durable, razor-sharp weapons. Each Damascene Straight Razor is hand-forged from 128 layers of folded Damascene steel, which is then polished to reveal the swirling rose and torsion pattern that characterizes the metal. Hommage is offering 15 of these razors in the initial limited-edition release; each folds into a numbered, platinum-plated sheath. The razors are packaged in lacquered boxes made of Tanzanian anigré wood and come with double-sided paddle strops for honing and sharpening. Because wielding such a potentially lethal shaver requires some practice, Hommage includes a complimentary training session with a master barber in the city of your choice. If that city happens to be New York, you can pair your shaving lesson with a Black Diamond facial or another Hommage men’s treatment at the Carlyle hotel’s new Sense spa (see “Making Sense,” page 62).