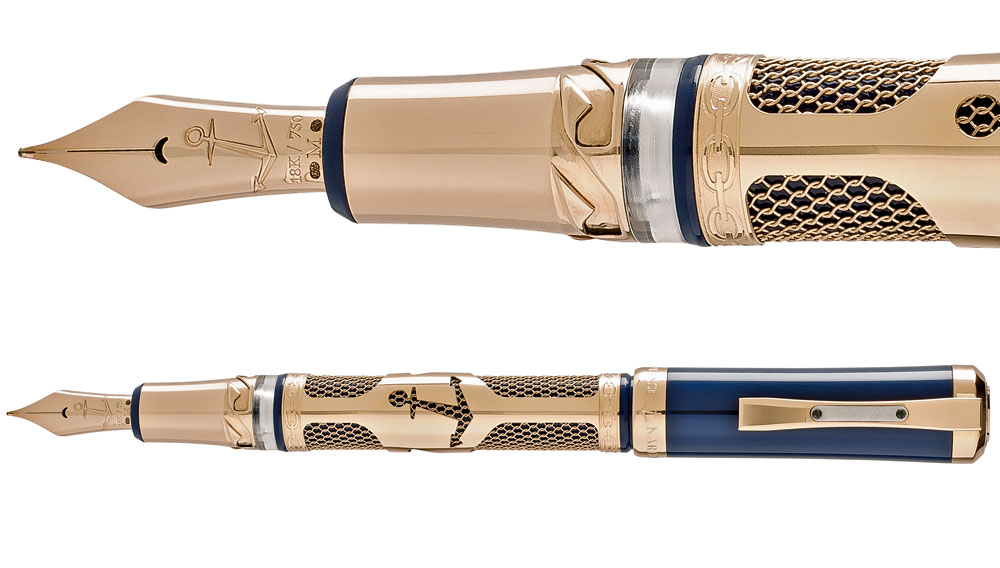 Swiss watchmaker Ulysse Nardin, which first found success in the mid-1800s manufacturing marine chronometers, celebrated its nautical heritage by collaborating with Italian pen maker Visconti on a recently released writing instrument. The barrel of the Visconti for Ulysse Nardin (www.ulysse-nardin.com) is crafted from royal-blue resin that matches the color that appears on many of the brand’s enamel watch faces. Metal latticework wraps the pen’s barrel, which displays the Ulysse Nardin anchor logo. The logo also appears on the nib and in relief on the pen’s cap. The pen is available with accents of 18-karat gold ($10,900) or sterling silver ($3,200).