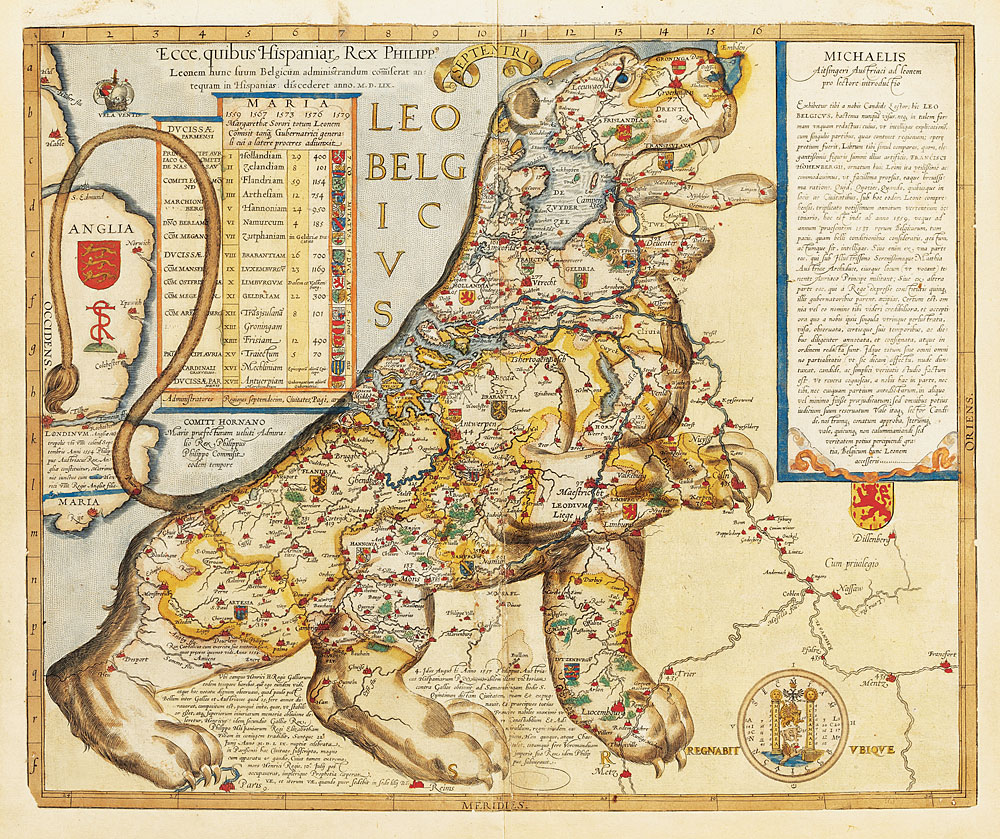 A Geography Lesson can be enthralling, or so Chicago’s Field Museum plans to demonstrate. The exhibit Maps: Finding Our Place in the World (www.fieldmuseum.org), which will run from November 2 through January 28, will include more than 130 maps, globes, and atlases from ancient to modern times—some quite fanciful, such as the one shown here: a map that depicts the Low Countries of Europe as a lion. Others portray places that do not exist: Two of J.R.R. Tolkien’s original drawings of Middle Earth will be displayed alongside first editions of Jonathan Swift’s Gulliver’s Travels and Thomas More’s Utopia, each open to maps of fictional regions described in the books. The exhibit also will showcase advanced GPS technology, but project manager Todd Tubutis’ favorite item is decidedly low-tech. It is a map of the Belcher Islands, an archipelago in Canada’s Hudson Bay. An Inuit drew the map in 1909 for an American explorer. “It covers 3,000 square miles,” says Tubutis, “and it’s so accurate that you can lay a contemporary satellite map over it and it nearly matches.”