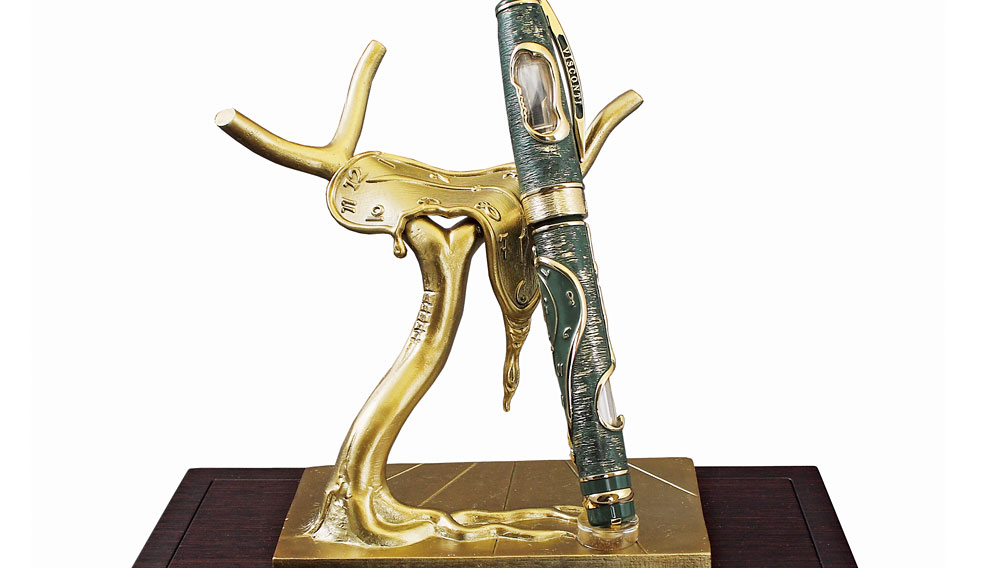 Created as a tribute to Salvador Dalí, the Visconti Dance of Time I pen (www.visconti.it) displays several references to the surrealist master’s work. Most prominent is the barrel overlay depicting the melting clock from the pen’s namesake sculpture. The pen is priced at $3,950 and available in either green lacquer and vermeil or blue lacquer and silver. Production is  limited to 904 examples—a reference to the artist’s birth year, 1904. The pen stand (included) is modeled after Dalí’s sculpture Profile in Time. Visconti is based in Florence, Italy, where an exhibit of more than 100 Dalí works will be on display through May 25 at the Palazzo Medici Riccardi.