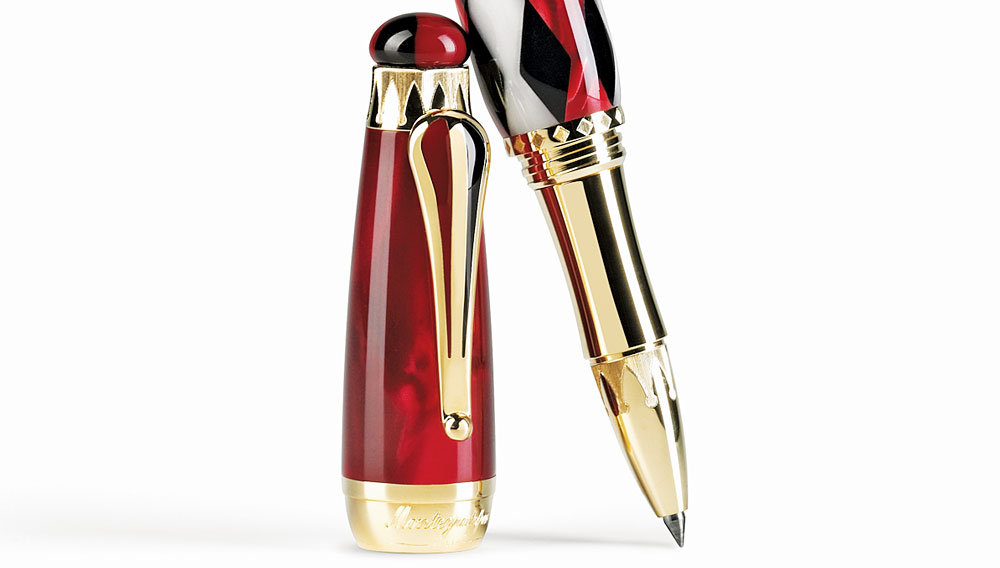 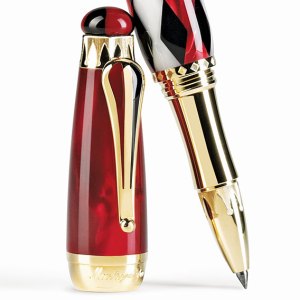 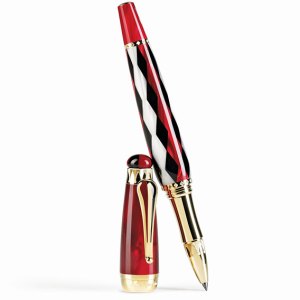 Coinciding with the 200th anniversary of the Italian composer Giuseppe Verdi’s birth is the release of the Montegrappa Rigoletto (www.montegrappa.com). The pen is part of the Italian company’s Emozioni in Musica series of writing instruments, which pays tribute to the great operas. The pen is styled after the costume of the court jester Rigoletto, the title character in Verdi’s masterpiece. The design on the pen’s barrel resembles Rigoletto’s diamond-checked clothing, and the red glass bulb adorning the cap recalls his puffy sleeves and pantaloons. The pen is available in two versions: a silver-trimmed design priced at $3,725 and a gold-trimmed edition priced at $24,575 and limited to just 51 examples. The total production of 1,851 pens references the year that the opera debuted.