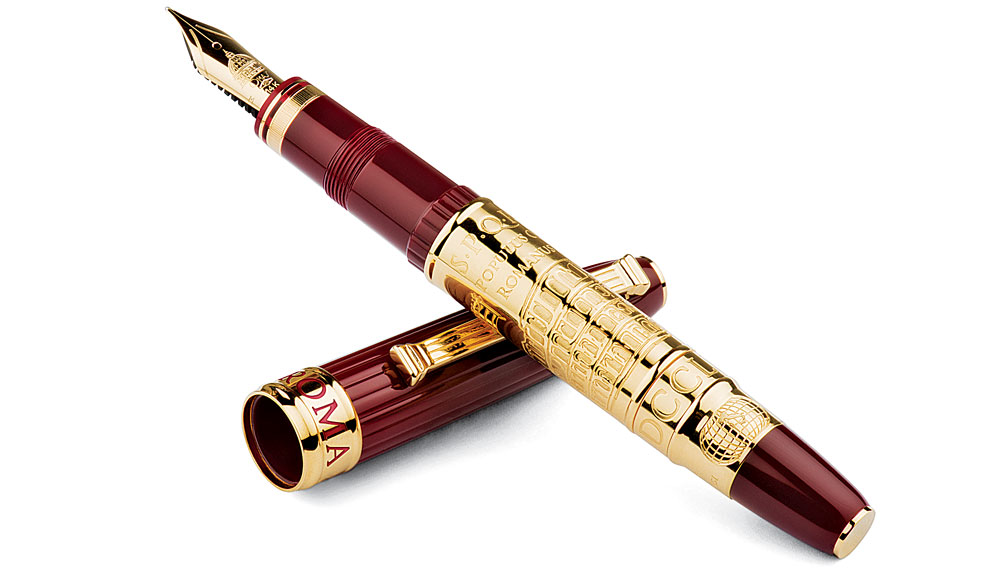 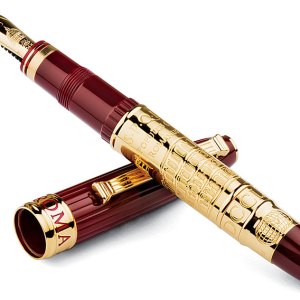 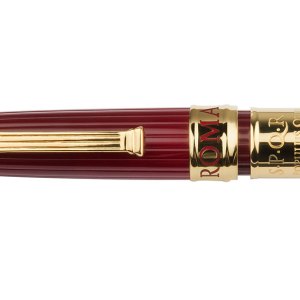 The Italian pen maker Omas honors its country’s capital with the inaugural release from its La Citte collection, which celebrates significant cities throughout the world. The metal barrel of the Omas Roma (www.omas.com) is coated in cotton resin and engraved with a rendering of the Colosseum and the Roman numeral DCCLIII, the year (BC) Rome was founded. Omas offers the pen in three styles: a brass edition ($1,335 for the rollerball, $1,695 for the fountain pen), a silver version topped with a carnelian gem ($3,250 for the rollerball, $3,495 for the fountain pen), and a gold-and-diamond version priced at $99,500 and limited to four examples.