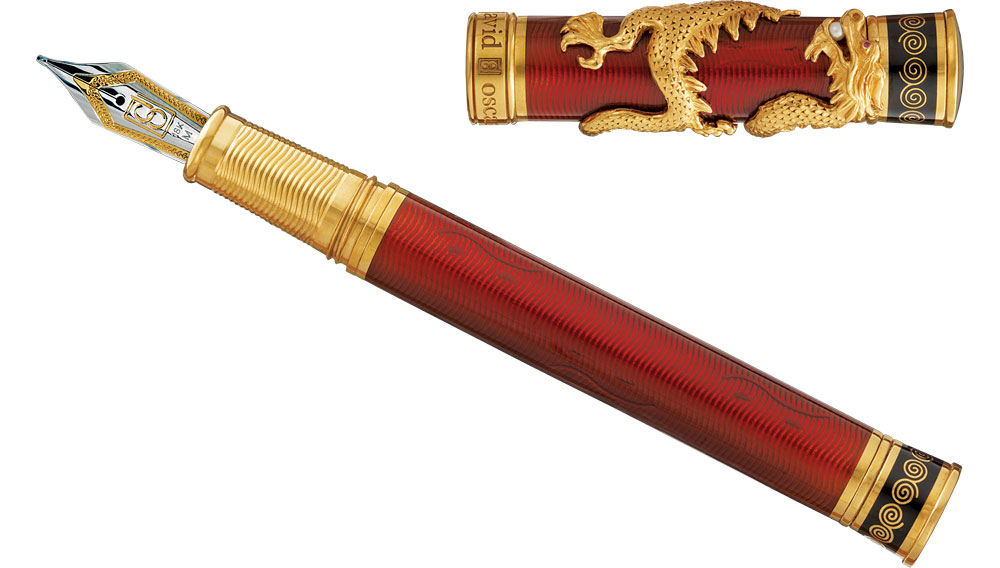 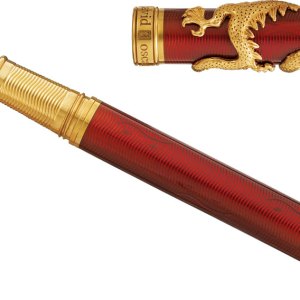 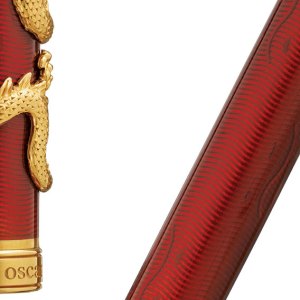 As the Chinese zodiac year that inspired it draws to a close, the David Oscarson Black Water Dragon (www.davidoscarson.com) arrives. The writing instrument’s theme is a departure for the St. Louis–based pen maker, which previously looked only as far east as Europe for inspiration. Recent designs have paid tribute to Fabergé artist Henrik Wigström, dynamite inventor and Nobel Prize patron Alfred Nobel, and explorers Meriwether Lewis and William Clark. The Black Water Dragon showcases David Oscar­son’s first use of overlay: A gold dragon clings to the pen’s cap and holds a pearl in its mouth. The pen comes in red or black enamel; each color scheme is limited to 88 examples. Rollerballs are priced at $5,400, fountain pens at $5,600.