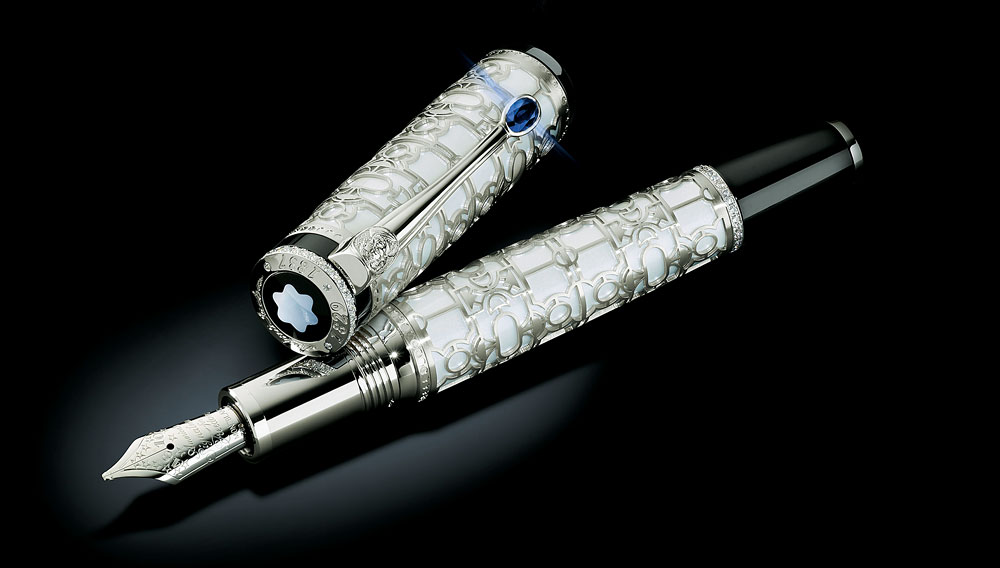 Andrew Jackson demonstrated that he was indeed “a man of the people”—and not another member of the Eastern elite who had been elected president—by opening his 1829 inaugural reception at the White House to the public. Alas, the gesture proved unwise when the raucous crowd of commoners caused several thousand dollars in damages.

A newly released tribute to the nation’s seventh president, the Montblanc Andrew Jackson Artisan Edition fountain pen (www.montblanc.com) is decidedly more exclusive than his inauguration party was: Its production is limited to just 50 examples. The pen is the latest in a series called America’s Signatures for Freedom. Previous pens in the collection, which Montblanc introduced in 2007, have paid tribute to founding fathers George Washington, John Adams, and Thomas Jefferson.

Priced at $33,000, the pen features a resin barrel covered with an 18-karat, white-gold skeleton patterned after a ceiling design in Jackson’s presidential reception room. Bands of diamonds encircle the pen’s base and the crown of its cap. The top of the cap is engraved with a reproduction of Jackson’s signature and with the years of his presidential term (1829–1837). The clip of the pen sports an etched portrait of Jackson and is set with a deep-blue faceted sapphire meant to evoke another feature that defined Old Hickory: his steely blue eyes.

The Victoria and Albert Museum Has Returned a Looted 4,000-Year-Old Object to Turkey