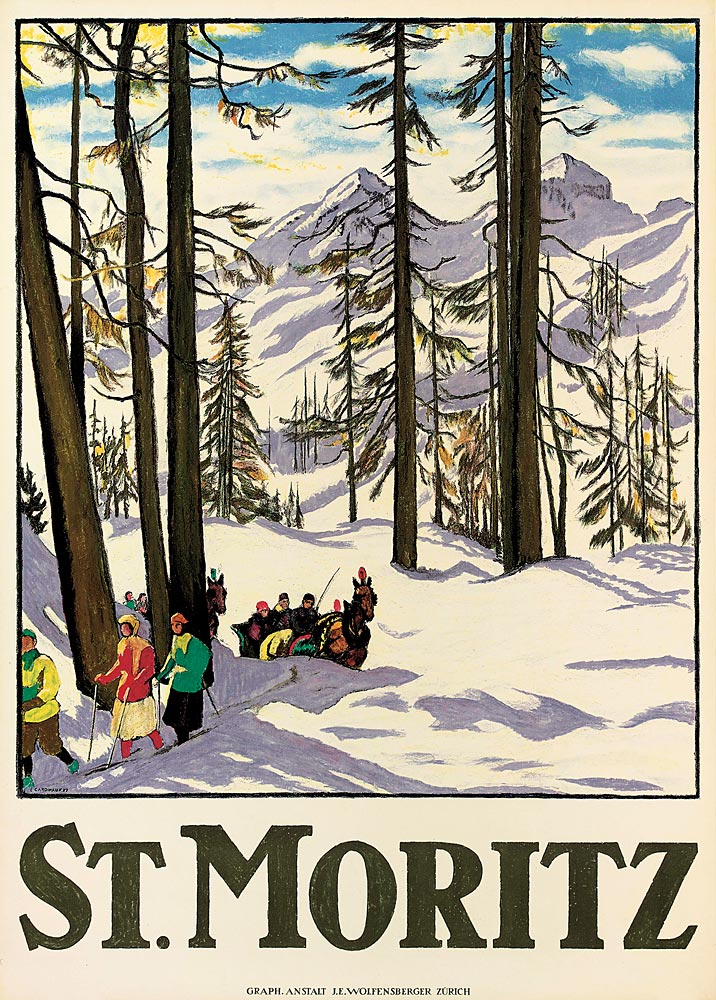 The upcoming Christie’s Ski Sale (www.christies.com), to be held January 28 at the auction house’s South Kensington location in London, will include some 300 vintage promotional posters that span the first half of the 20th century. The posters depict winter-sports resorts and equipment ranging from the earliest Telemark skis to the first aluminum skis. A poster from 1938 shows two skiers about to hit the Norwegian slopes with that year’s newest gear: sharp-tipped wooden skis and bamboo poles. The sale also includes one of the first ski posters ever made, the circa-1900 “Chamonix Mont Blanc,” which has a presale estimate of $22,645 to $25,878. Christie’s touts an upturn in the market for vintage ski posters, noting that those depicting scenes from Swiss and French resorts have been commanding the most attention. At the auction house’s 2007 Ski Sale, a circa-1930 example showing skiers flocking to the French slopes brought in $15,755, and a circa-1925 poster of Wengen in the Swiss Alps sold for $37,406.