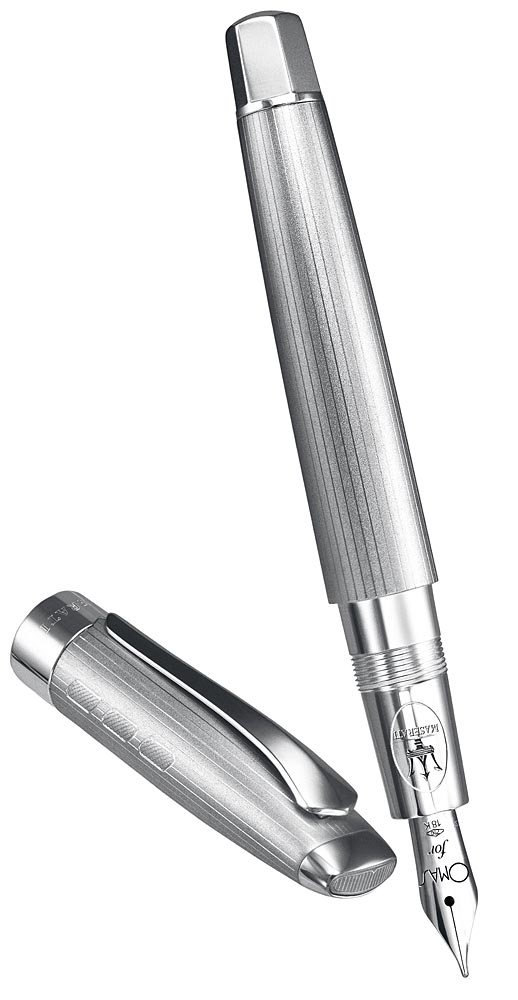 Writing instruments might be able to combat swords, but this one embraces the trident. The pen, created by Omas for Maserati and aptly named the Omas for Maserati (www.omas.com), is made of sterling silver and decorated with references to the automaker. The production volume of the pen also relates to Maserati: Omas has made 1,200 piston fountain pens ($2,750 apiece) and 714 roller-balls ($2,500) for a total of 1,914, a figure that matches the year Maserati was founded in Omas’ hometown of Bologna, Italy. (Maserati later relocated to Modena.) The pen’s cone displays a bas-relief engraving of Maserati’s trademark trident, and the cap features side vents and a miniature rendering of the new GranTurismo coupe’s front grille.