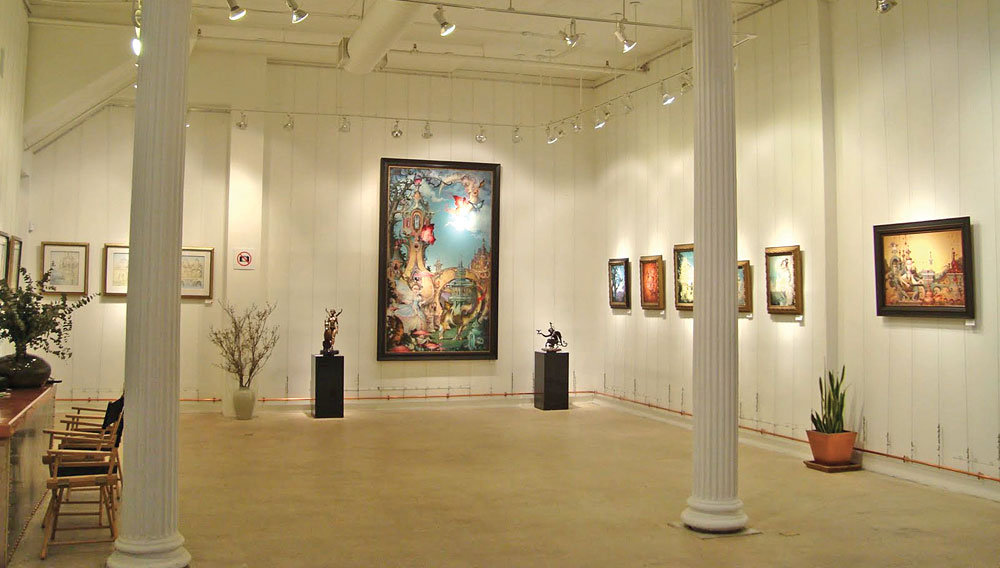 Macabre and haunting illustrations decorate the main floor of AFA Gallery (www.afanyc.com), attracting the attention of passersby on Greene Street in New York’s SoHo neighborhood. These works, by such noted artists as Tim Burton, Kathie Olivas, and Lin Esser, reflect the gallery’s recent evolution away from traditional works of animation art. With the onset of eBay and officially licensed Disney and Warner Bros. stores during the early 2000s, the gallery’s founders, Heidi Leigh and Nick Leone, realized they needed to redefine their specialty if they wanted to stand out from the slew of homogeneous stores selling limited-edition works by contemporary artists.

That shift allowed the business (then called Animazing Gallery) to remain solvent. However, as Leigh explains, shifting focus does not necessarily mean abandoning tradition. Highly collectible pieces of animation art still maintain their place in the gallery, but now they occupy a smaller space on the lower level. “What we acquire these days, when we acquire anything, it’s the original vintage work, the storyboards, the paintings by Disney greats, rather than the limited-edition contemporary pieces,” she says. And as one of the few animation art galleries still in business, AFA not only has prospered, but now offers its clients a portal to the highly collectible pieces that are available only through private sales. “With animation art there is precious little of the really great stuff floating around out there these days,” Leigh says. “But it’s a very small industry, so if someone is looking for a particular film or character, we’re able to tap into that network to see what’s out there and available.”