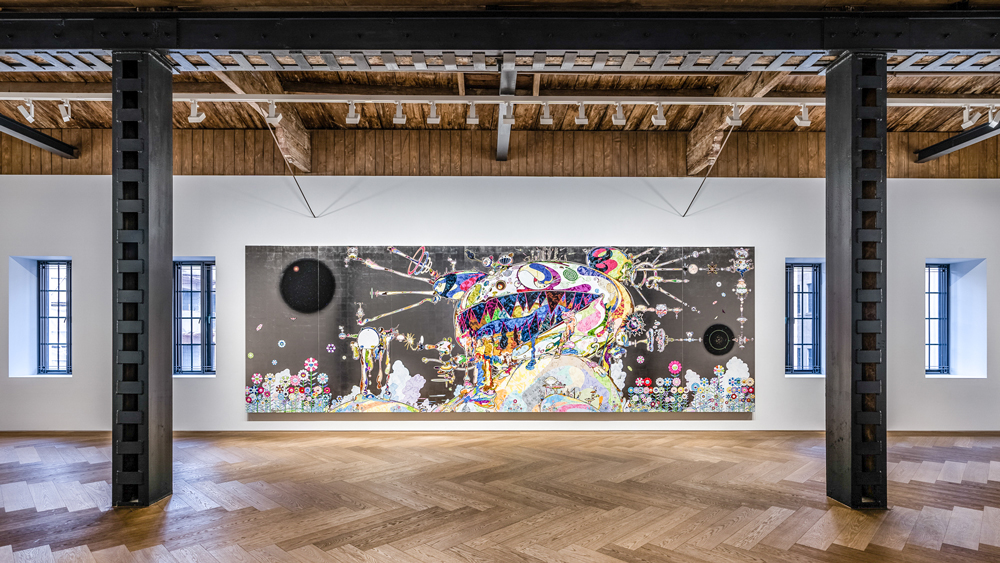 Having expanded his contemporary art platform to Hong Kong, Tokyo, and Seoul, Parisian mega-gallerist Emmanuel Perrotin has inaugurated a new space in the heart of Shanghai’s Bund quarter, bringing his gallery total to nine. Located in the “Amber Building”—a three-story former Central Bank of China warehouse at 27 Hu Qiu Road—the 12,900-square-foot André Fu-designed gallery space opens this month with “Takashi Murakami in Wonderland,” an exhibition of large-scale works by the Japanese “super-flat” artist that runs through January 5.

Robb Report recently caught up with Perrotin director Etsuko Nakajima, who has spearheaded the gallery’s Asian expansion, to talk about the exhibition and the evolving regional contemporary art scene.

You have had quite a long relationship with Takashi Murakami. How did that come about?
I first met him, and Emmanuel, actually, in 2002, shortly after I graduated from the Sorbonne in Paris. I was lucky to land my first job at the Fondation Cartier, where Murakami was having his “Coloriage” exhibition. I joined Perrotin gallery not long after that and began working closely not only with Murakami, but with other Japanese artists from his Kaikai Kiki group. I have since worked with the artist on 28 exhibitions, including the current one.

What prompted this latest expansion into Shanghai?
Not long after we opened our first Asian gallery on Connaught Road in Hong Kong in 2012, which was a necessary move in order for us to reach our mainland Chinese clientele, we realized that we needed an even greater presence in the region as the art scene has expanded exponentially just in the past decade, so we opened a second gallery into Seoul in 2016 and a third in Tokyo in 2017.

How has the Asian market changed?
It seems hard to imagine now but when I began traveling in the region in 2008, mostly to meet with local artists, the market was still very closed, a complete mystery really. And when it came to collectors, the market, such as it was, was largely about ink and calligraphy, it was about jade, it was about the Buddhist culture. Now, in 2018, Asian collectors have become some of the most sophisticated collectors internationally. In China, in particular, the nation’s one-child policy has resulted in a generation of young people—in their 30s and 40s—who have the means to travel and to collect. They have studied abroad and want to know what’s going on not only in the United States and in Europe, but in other regions of the world such as South America. When it comes to the global art scene, as well as the art market, they have a pretty deep understanding of art history and of young and upcoming artists. It’s really amazing.

Are there distinct regional differences in your gallery programming?
We make a point of catering our offerings to local audiences, but in the end, it is about presenting the best art we can and to communicate our programming choices. With the Murakami show, for instance, it was important for us to communicate the meaning of his work—the story behind its anime origins and inherent cuteness of his pieces. In the exhibition, we are presenting some of his monumental paintings to Chinese audiences for the very first time.