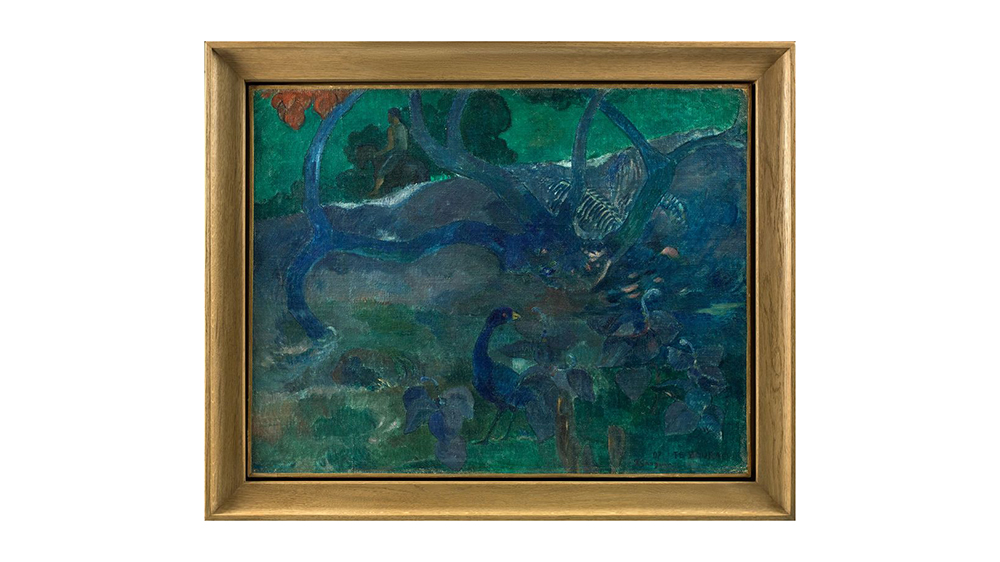 A canvas by French Post-Impressionist Paul Gauguin created during his Tahitian period sold for €9.5 million (about $10.5 million) at the Paris auction house Artcurial on Tuesday. The painting fetched nearly twice the house’s estimate of €5 million to €7 million (about $5.6 million to $7.76 million). According to Artcurial, the 1897 painting, Te Bourao II—”tree” in the Tahitian language—was first acquired by Gauguin’s French dealer, Ambroise Vollard, whose descendants held it until 1985, when it was acquired by Tuesday’s seller. It had been on loan to the Metropolitan Museum of Art in New York for 10 years. The buyer has been identified by the house only as an “international collector.”

Te Bourao II is one of the few paintings from the artist’s Polynesian period still in private hands, and the first Tahitian painting to enter the French auction market in 22 years. It is one of a series of nine works painted by Gauguin while he worked on the larger piece Where Do We Come From? What Are We? Where Are We Going?, currently held in the collection of the Museum of Fine Arts in Boston. The other eight are currently held in public collections worldwide. Gauguin’s L’homme à la hache (1891) holds the artist’s auction record, having sold for $40 million at Christie’s in 2006. His 1892 Nafea Faa Ipoipo? (When Will You Marry?) reportedly sold privately for over $200 million in 2015 to a Qatari buyer, though that transaction remains unconfirmed.

Tuesday’s sale comes amid reassessments of Gauguin’s legacy in light of his relationships with the Tahitian people depicted in his paintings. The “Gauguin Portraits” exhibition at the National Gallery in London, which runs through Jan. 26, focuses on the young girls the artist lived and fathered children with during his decade in Polynesia. Visitors to the show are greeted by wall text reading, “Gauguin undoubtedly exploited his position as a privileged Westerner to make the most of the sexual freedoms available to him.”