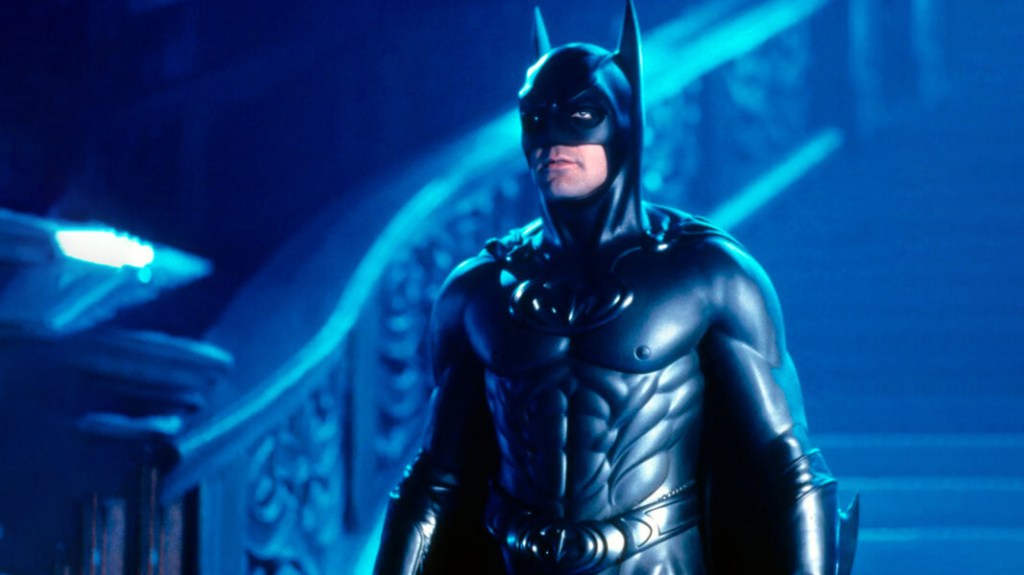 The infamous suit actor George Clooney wore in the 1997 film Batman & Robin was just listed through Heritage Auctions with an opening ask of $40,000.

Though the suit has become one of the most ridiculed costumes synonymous with the superhero, it was designed to be anatomically correct, or something like it. The film’s lead sculptor Jose Fernandez built the suit according to a design by costume illustrator Miles Teves. Fernandez has defended his work, claiming that in the original comic books, the suits look like spray paint on a body—more like a second skin than a bulky, bullet-proof body covering.

The suit is made of cast foam latex, vinyl, resin and leather, among other elements. It’s also expertly painted, finished and assembled on a life-size mannequin that has a realistic George Clooney head with prosthetic grade false eyes. The winning bidder will get it all, including the full-length cape, the gloves and the knee-high boots, along with the suit itself.

The front and back view of the iconic bat suit.  Courtesy of Heritage Auctions

Joel Schumacher, the film’s producer, aided in the suit’s design, but unlike others who worked on the film, he was unapologetic about its inclusion of nipples. “In fact,” according to Heritage Auctions vice president Joe Maddalena, “[Schumacher] once told Vice, ‘I’m glad we did it.’ And I am just as glad we have the chance now to offer this piece of cinema history to someone who can appreciate the costume as much as Schumacher clearly did.”

Batman & Robin starred Clooney and Chris O’ Donnell star in the titular roles. In the film, the dynamic duo work to keep their relationship from falling apart as they attempt to stop Mr. Freeze, played by Arnold Schwarzenegger, from bringing about a new Ice Age. They also have run-ins with Uma Thurman’s Poison Ivy and Jeep Swenson’s Bane—not that the suit shows any signs of their scuffles.

This isn’t the only time superheroes have entered the luxury lexicon of late. In March, an ultra-rare copy of Marvel Comics No. 1 sold for a record-setting $2.4 million. Last April, Audemars Piguet unveiled an edition of its coveted Royal Oak with Black Panther on the dial. Of course, neither circumstance involved a nipple.