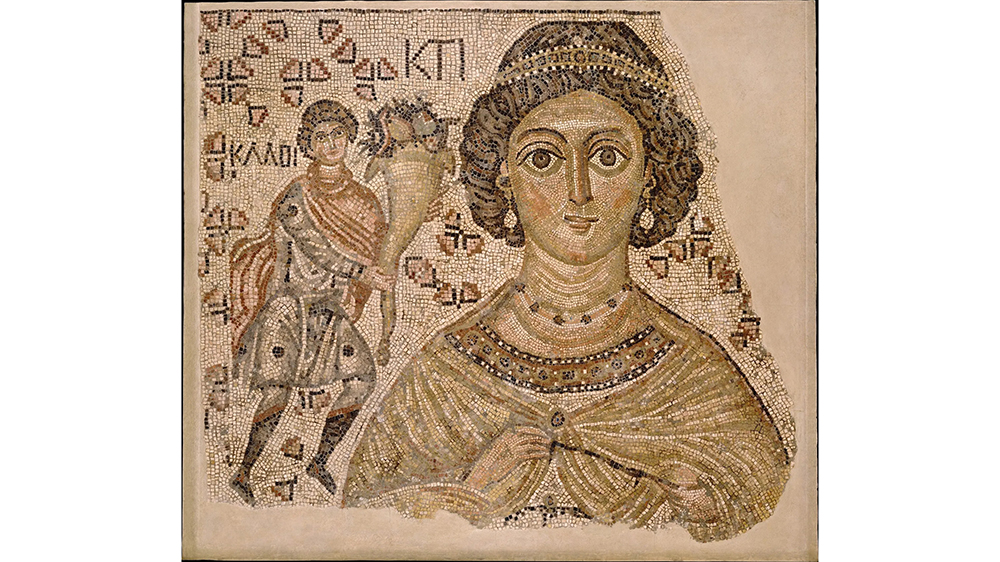 A criminal court in New York issued a warrant for Lofti’s arrest on August 3, charging him with criminal possession of stolen property and accusing him of possessing looted artifacts and abating in the trafficking of “hundreds of pieces” from the Middle East.

In 2021, Lofti, a frequent collaborator of Matthew Bogdanos, head of the Manhattan district attorney’s Antiquities Trafficking Unit (ATU), and Robert Mancene, a Homeland Security agent, invited investigators to view antiquities held in his storage unit in Jersey City, N.J., according to an affidavit accompanying the arrest warrant.

In the affidavit, Mancene asserted that Lofti believed that the artworks would withstand any investigation by the ATU and thus make it easier for Lofti to sell or donate them.

“Based on my conversations with the defendant over the last several years,” Mancene wrote in the affidavit, “I believe the defendant thought he had laundered the antiquities so well and had created such good (albeit false) provenance that he did not think the A.T.U. would be able to determine their true origin.”

Lotfi, who has residences in Lebanon, New York, and France, has collected and dealt antiquities from the Mediterranean for decades.

Lofti was a key source on some of the highest-profile seizures by the ATU in recent years. The affidavit details how a tip from the dealer led to the confiscation of the gilded Coffin of Nedjemankh (1st century B.C.E.) from the Metropolitan Museum of Art in 2019. The ornamented artifact was the centerpiece of the exhibit, “Nedjemankh and His Gilded Coffin,” which shuttered early after investigators determined that it had been plundered from a tomb in Egypt.

The seizure of the coffin has infamously triggered in an ongoing international investigation into $56 million worth of looted Egyptian antiquities sold to the Louvre Abu Dhabi and the Met.

Meanwhile, the affidavit alleges, Lofti was participating in the smuggling of antiquities from war-torn regions of Syria, Lebanon, and Libya. The affidavit states that Lofti admitted to being the first owner of a marble bull’s head, valued at $12 million, that was sold to disgraced antiquities collector Michael Steinhardt and later loaned to the Met. In 2016, curators at the museum contacted Lebanese officials after research into the 2,300-year-old piece raised concerns that it had been looted from Lebanon in the 1980s during the country’s civil war. American authorities seized the sculpture in 2017 and subsequently repatriated it to Lebanon.

In an email he wrote to Mancene in 2018, Lofti said that he bought the bull sculpture, along with a marble torso and a draped figure, in northern Lebanon from the “well-known licensed dealer,” Farid Ziadé. The torso was put on the market at $10 million, and later seized at Lofti’s New York apartment, according to the affidavit. The draped figure was found by Lebanese customs agents in a container Lofti had shipped from New York to Tripoli.

24 antiquities have been seized so far as part of the investigation into Lofti’s activities: 23 mosaics from Syria and Lebanon and a 1,500-pound limestone statue that the affidavit says originated from the ancient Syrian city of Palmyra. All 24 items carried the same “fabricated generic provenance,” according to Mancene, and were seized in New York in 2021. The investigators allege, however, that “several” other mosaics are still on the market or in the collection of the Met.

Lofti told the New York Times that his antiquities collection was purchased from licensed dealers and sanctioned by the Lebanese government. He claimed to be shocked that investigators were targeting him given their history: “I was fighting with them for 10 years to stop illicit trading, and they turned against me.” He also said he had intended to return some of the pieces to Lebanon before they were seized by ATU agents.

Investigators contend that Lofti’s widely-known expertise on illicit trading ultimately was his downfall. He knew the markers of a looted object, Mancene wrote, so couldn’t claim ignorance to the issues with the provenance of the antiques he purchased. Among the evidence against Lofti are photographs he displayed to agents that show the pieces “with encrustations” at the time of their acquisition. Legitimate excavations involve cleanings of any notable findings, the investigators note.