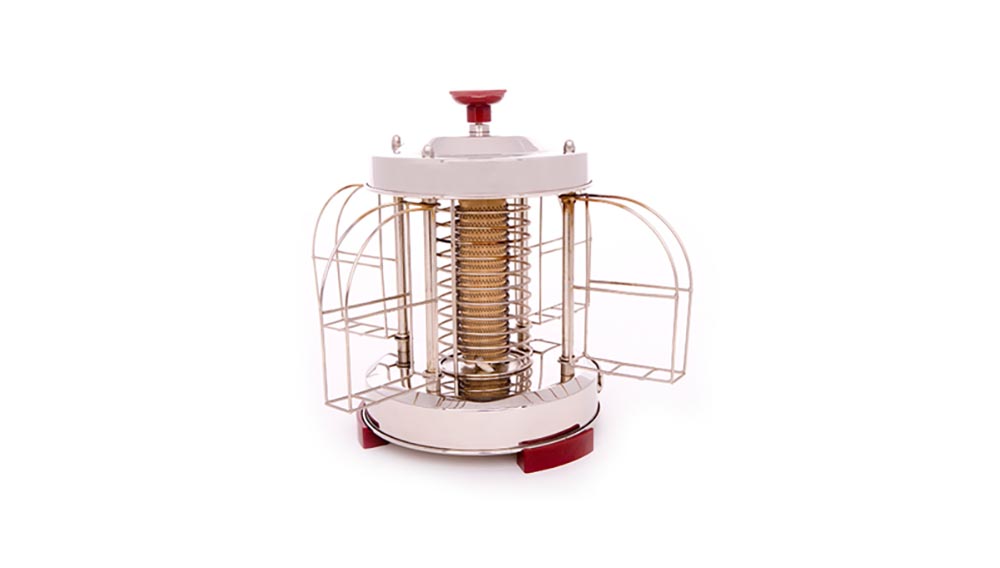 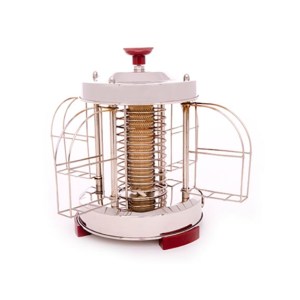 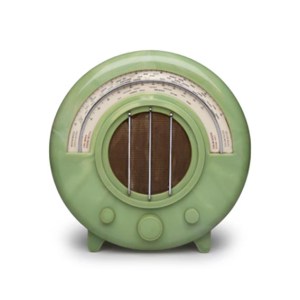 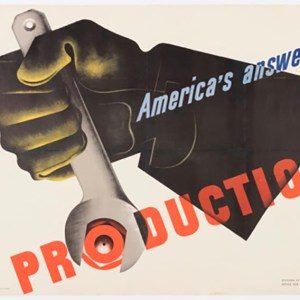 NEW YORK – George R. Kravis II, whose collection of industrial design is among the most important in the United States, has made a gift of valuable historical and contemporary design objects to the Cooper Hewitt, Smithsonian Design Museum, in New York. Kravis’s gift is featured in “Energizing the Everyday: Gifts from the George R. Kravis Collection,” an exhibition on view at the museum from April 28, 2016 to March 2017. International in scope, the gift and exhibition include Norman Bel Geddes’s 1935 skyscraper-like Manhattan cocktail set, Cesare Cassati’s and C. Emmanuele Ponzio’s 1968 Pillola lamps and Olafur Eliasson’s Little Sun solar-powered LED lantern.

In addition to the Cooper Hewitt gift and exhibition, George Kravis has established the Kravis Design Center in Tulsa, OK, to house the 2,000-plus objects in his collection and to further his educational mission. As a collector, Kravis is interested in an object’s purpose, form, manufacture and materials while also considering the user and the design process. All of the innovative and rare design objects in the Kravis collection have in some way contributed to the radical transformation of global culture.  Currently, open by appointment to curators and scholars, Kravis Design Center highlights include: Wells Coates’s Ekco radio (1932), Alberto Meda’s high-tech LightLight chair made from materials used in aeronautics (1987), Masanori Umeda’s Ginza cabinet, whose shape references Japanese popular culture (1982), and Mathias Bengtsson’s Slice armchair (1999), which comprises 388 sheets of laser-cut three-millimeter plywood glued together.

The Kravis Design Center’s new book, 100 Designs for a Modern World, was just published by Skira Rizzoli. The book focuses on selections from the Kravis collection and serves as an accessible reference on industrial design in the 20th and early 21st centuries.

George Kravis has been included in Art + Auction’s Power 100 list.

Born in Tulsa, OK, George Kravis was a pioneer in the radio broadcasting business and the former owner of KRAV/KGTO (radio stations). His background in broadcasting informs his enthusiasm for and knowledge of radios, televisions and technology. Over the past decade, Kravis has assembled one of the largest collections of industrial design in the United States. Today, Kravis is known for his community leadership and arts patronage. As a trustee for his parents’ foundation for arts and education, Kravis has supported a number of innovative educational initiatives, such as providing scholarships for Tulsa public school teachers to attend the Oklahoma Fall Arts Institute at Quartz Mountain, and the Kravis Discovery Center at the Gilcrease Museum. Additionally, Kravis has been a committed supporter of the Tulsa Symphony and Tulsa Ballet. He is currently on the board of the Tulsa Foundation for Architecture and on the Collections Committee of Cooper Hewitt, Smithsonian Design Museum, and he is a former board member of the Price Tower Art Center in Bartlesville. He was the co-founder of the Circle Cinema in Tulsa. With his passion for the preservation of significant examples of 20th-century architecture and love for his home state, Kravis has supported many projects including the publication of Tulsa Art Deco.